Gerd Janson is often referred to as a “DJ’s DJ,” but that term doesn’t really […] 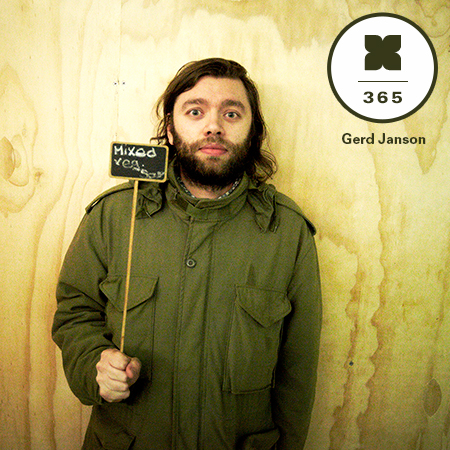 Gerd Janson is often referred to as a “DJ’s DJ,” but that term doesn’t really […]

Gerd Janson is often referred to as a “DJ’s DJ,” but that term doesn’t really do the man justice. Perhaps there was a time where the Running Back label founder, who many people still recognize as “that guy from all the Red Bull Music Academy interviews,” was regarded as some sort of underappreciated DJ commodity, but over the past few years, he’s transcended that notion, in the process becoming one of the most respected DJs on the planet. Janson has long been celebrated for his residency at Frankfurt’s famed Robert Johnson club, but he’s also been added to the stable at Berghain/Panorama Bar and Trouw; it seems that all of Europe’s best clubs are after his services. (It also hasn’t hurt Janson’s cause that he’s one half of Tuff City Kids, a collaborative undertaking with Lauer that has become increasingly active over the past year or two, particularly on the remix front.) Admittedly, the US hasn’t completely caught on to Janson’s talents, but even that seems poised to change, as he’ll be kicking off a quick run of North American tour dates later this week. As such, now felt like the perfect time for Janson to put together an exclusive mix for the XLR8R podcast series.

Clocking in at just over an hour, Janson’s podcast—which he’s calling Autumn Blouse—is a slow-burning collection of synth- and melody-driven tunes. Janson has a real knack for referencing the past without becoming mired in pointless nostalgia, and many of his selections here touch upon elements of disco and ’80s dance pop, even though the tracklist is almost entirely made of new music. Often times, artists taking on the XLR8R podcast feel compelled to put together an extensive tracklist, perhaps in an effort to showcase the breadth of their musical vision, but Janson has taken a different tack; Autumn Blouse consists of only nine tunes, and while they’ve been seamlessly mixed, technical wizardry largely takes a backseat here. Instead, Janson allows the songs themselves to do the talking; it’s a confident move, and one that reflects his many years of experience in the DJ booth. At this point, Janson doesn’t need to prove anything—he just wants everyone to have a good time.