After surfacing last year, London producer Graphics (a.k.a. Alfie MacGibbon) has proven himself to be […] 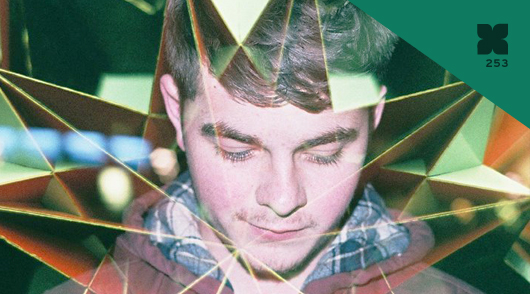 After surfacing last year, London producer Graphics (a.k.a. Alfie MacGibbon) has proven himself to be […]

After surfacing last year, London producer Graphics (a.k.a. Alfie MacGibbon) has proven himself to be a rather energetic young fellow. Sure, he’s done the requisite “new producer” activities, offering up a bounty of free tunes over the past few months to help build his name while dropping records for labels such as Granholme, Well Rounded Individuals, GETME!, and Made to Play. He’s even started his own imprint, LYWat Records, on which he’s also been releasing music. As if that hyperactive pace wasn’t hectic enough, when invited to put together an XLR8R podcast, Graphics elected to eschew the traditional DJ mix in favor of a playlist consisting of nothing but his own productions, all of which are currently unreleased. Clearly, the man has been busy behind the boards, as the 15 tracks here—which do include several collaborations—offer a surprisingly polished sensibility while representing a myriad of sounds from across the electronic spectrum, mainly house, techno, and whatever passes for bass music these days. More importantly though, the mix showcases an up-and-coming artist who’s apparently more than capable of juggling a few different stylistic hats. Clacking percussion and hefty low-end punch do remain constant throughout the hour-long session, but make no mistake, this podcast contains the same sort of dynamism one would find in a traditional DJ mix.