Groundislava (a.k.a. Jasper Patterson) may hail from Los Angeles and hold a membership in Shlohmo’s […] 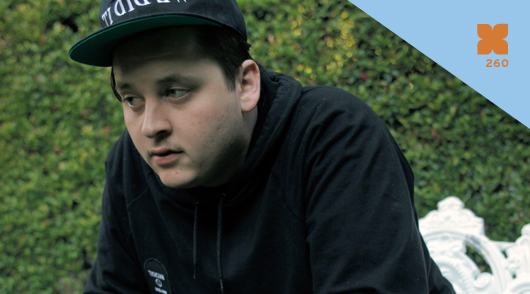 Groundislava (a.k.a. Jasper Patterson) may hail from Los Angeles and hold a membership in Shlohmo’s […]

Groundislava (a.k.a. Jasper Patterson) may hail from Los Angeles and hold a membership in Shlohmo’s Wedidit crew, but it’s hard to argue that the young beatmaker hasn’t carved out a sound all his own. Over the past few years, he’s dropped a steady series of releases, most recently this summer’s TV Dream EP. On August 28, he’ll be following that up with a new album, Feel Me, a full-length effort on Friends of Friends that finds Groundislava synthesizing his loves of dreamy soundscapes, videogame nostalgia, and booming hip-hop beats into a singular musical vision. It seems that he’s reached a new level of artistic maturity, which is why we invited him to put together an exclusive mix for the XLR8R podcast series. He pulls heavily from his own catalog, unearthing a few previously unreleased gems in the process, but he also seems to enjoy the work being created by his Friends of Friends labelmates. It’s a relaxed mix, one isn’t scared to stray from the dancefloor but never ventures into absolute abstraction. Much like Groundislava’s music, the podcast is hard to neatly pin down—perhaps that’s what makes it such an interesting listen.