Brazil’s Gui Boratto is many things. He is not, however, a DJ. That said, his […] 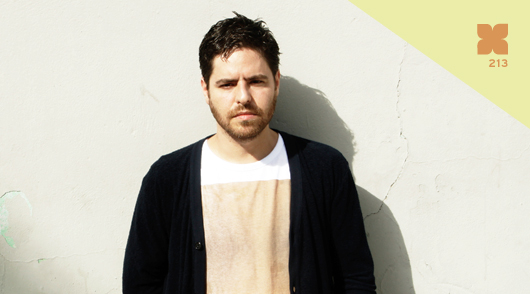 Brazil’s Gui Boratto is many things. He is not, however, a DJ. That said, his […]

Brazil’s Gui Boratto is many things. He is not, however, a DJ. That said, his 2007 debut, Chromophobia, was one of those rare techno albums that transcended the genre, largely thanks to Boratto’s use of vibrant, colorful synths and unique ability to embed sticky pop hooks within a larger, dancefloor-oriented template. That effort continued on his 2009 follow-up, Take My Breath Away, and now he’s getting ready to drop his third full-length on September 12, the appropriately titled III, once again via touring schedule, we asked Boratto if he’d like to assemble an exclusive mix for the XLR8R podcast series. As a non-DJ, the prospect intially presented a bit of a problem, but then Boratto offered a rather unique solution, electing to record a run-through of one of his live sets. As such, the podcast does tend to be pretty Gui Boratto-centric—not that we’re complaining—and also includes modified versions of some of his best-known songs, along with a couple of selections from the new album and an unreleased Massive Attack remix. If a Gui Boratto set can sound this good comping out of computer speakers, we imagine the live show will truly be something to behold.