Huerco S. is having a good year. Back in January, the Kansas-born producer was featured […] 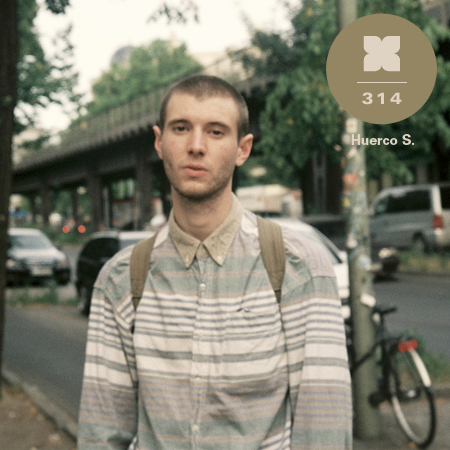 Huerco S. is having a good year. Back in January, the Kansas-born producer was featured […]

Huerco S. is having a good year. Back in January, the Kansas-born producer was featured as part of our Bubblin’ Up Week series, which spotlighted acts we expected to be doing big things in 2013. Nine months later, he’s releasing his full-length debut, Colonial Patterns, which drops today via the Software label, and is widely being hailed as an innovative new voice in electronic music. He’s also been tapped to perform at the XLR8R showcase this Thursday night at Seattle’s annual Decibel Festival. Given that, we figured there was no better candidate to oversee a special Decibel edition of our podcast series.

Now based in Brooklyn, Huerco S. dabbles in house music, but his artistic vision extends well beyond the usual parameters of that genre. He’s just as likely to work with sheets of distortion or spacey synthscapes as he is a classic house groove, and that tendency also colors his work here. The podcast is filled with choice selections from house music’s past and present, but Huerco S. doesn’t shy away from indulging in the occasional bout of noise or airy introspection. Recent months may have seen Huerco S.’ profile rise on the back of a fair amount of hype, but after hearing Colonial Patterns and this mix, it’s also apparent that he has the tools, the taste, and the talent to transcend current notions of whatever is fashionable at the moment.