Like many UK producers, Huxley (a.k.a. Michael Dodman) was initially a garage guy, but while […] 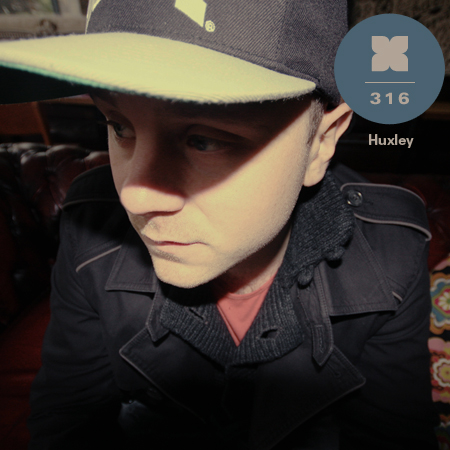 Like many UK producers, Huxley (a.k.a. Michael Dodman) was initially a garage guy, but while […]

Like many UK producers, Huxley (a.k.a. Michael Dodman) was initially a garage guy, but while there are still traces of the sound in his output, it’s his house-leaning tracks that have boosted his profile and even made him a regular on the Ibiza circuit. 2012’s “Let It Go” for Hypercolour was undoubtedly Huxley’s biggest tune, but his discography runs much deeper than that, as he’s also released records for Rinse, Tsuba, 20:20 Vision, and his own Saints & Sonnets imprint. His most recent offering is the Chatsworth Sound EP, a collaborative effort with fellow Brit and Hypercolour affiliate Shenoda. Basically, the past few years have seen a flurry of Huxley-related activity, so when the opportunity arose for him to put together something exclusive for the XLR8R podcast series, saying “yes” wasn’t a particularly difficult choice. Musically, the mix doesn’t have much in the way of surprises, as it finds Huxley straddling the line between house and garage while serving up a steady stream of bouncy, big-room-ready selections. Beyond that, it’s also a demonstration of his ability to strike a balance between underground cuts and more polished, tech-house-flavored fare. Where other artists voluntarily paint themselves into a particular musical corner, Huxley is someone who can remain effective while dipping into multiple regions of the dance-music sphere; more impressively, he can do so without simply relying on each subgenre’s biggest tunes. In his mind, as long as a track can be counted upon to move the dancefloor, where exactly it might be filed in the local record shop doesn’t really matter.