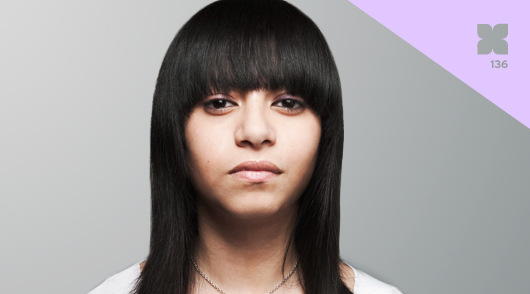 As the sounds emanating from London continue to morph faster than people like us can slap a proper genre name on them, and the number of producers and DJs involved in this funky/garage/bass music movement continues to grow, it seems like there are very few constants in the UK’s electronic music scene. As a result, a label like Hyperdub—which has only been around for a shade over five years—serves as a pillar of stability, even as its roster and sonic output exist in a state of semi-permanent flux. So when Ikonika (a.k.a. Sara Abdel-Hamid) dropped Contact, Love, Want, Have, her debut album and one of only a handful of full-length efforts on Hyperdub (the others belonging to Burial and label head Kode9), it qualified as a genuine big deal. Later this month, Ikonika will be following up that big deal with another big adventure—a brief North American tour that includes a stop at this year’s MUTEK festival. In the meantime, she’s put together this exclusive XLR8R podcast that was mixed live and includes all kinds of dubplates and unreleased goodies. We recommend that you listen repeatedly and find yourself a way to get to one of those North American shows in the weeks ahead.