Whatever happened to Ill Blu? A few years back, the London duo was seemingly everywhere, […] 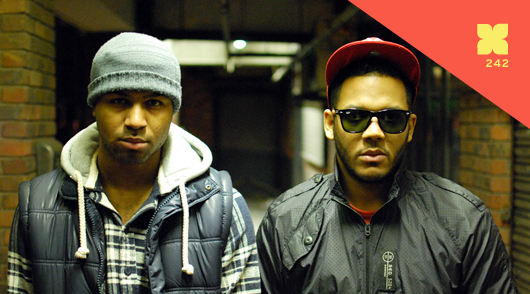 Whatever happened to Ill Blu? A few years back, the London duo was seemingly everywhere, […]

Whatever happened to Ill Blu? A few years back, the London duo was seemingly everywhere, an integral part of the UK funky explosion in 2008-2009. However, just as the scene reached its zenith, Ill Blu largely disappeared. In the last two years, the only releases have been 2010’s “Bellion” b/w “Dragon Pop” single on Hyperdub and 2011’s Meltdown EP on Numbers. However, following the recent announcement that Ill Blu was not only still together, but would be returning to Hyperdub with a new single, “Clapper,” at the end of April, we figured now would be a good time to invite the duo to put together an exclusive mix for the XLR8R podcast series. Spying the tracklist, it quickly becomes apparent that even if Ill Blu hasn’t been releasing many tunes, the pair certainly hasn’t stopped making them, as the mix is littered with unreleased dubs, along with a few choice selections from like-minded artists such as Funkystepz and Jook10. It’s a high-octane journey from start to finish, one that dwells in the clubbier end of the UK funky spectrum. There’s not much in the way of subtlety, as Ill Blu deals in hard, snapping percussion, nods to old-school rave, and poppy vocal hooks. It’s a belter of a DJ session, and one that shows that Ill Blu is alive and well.