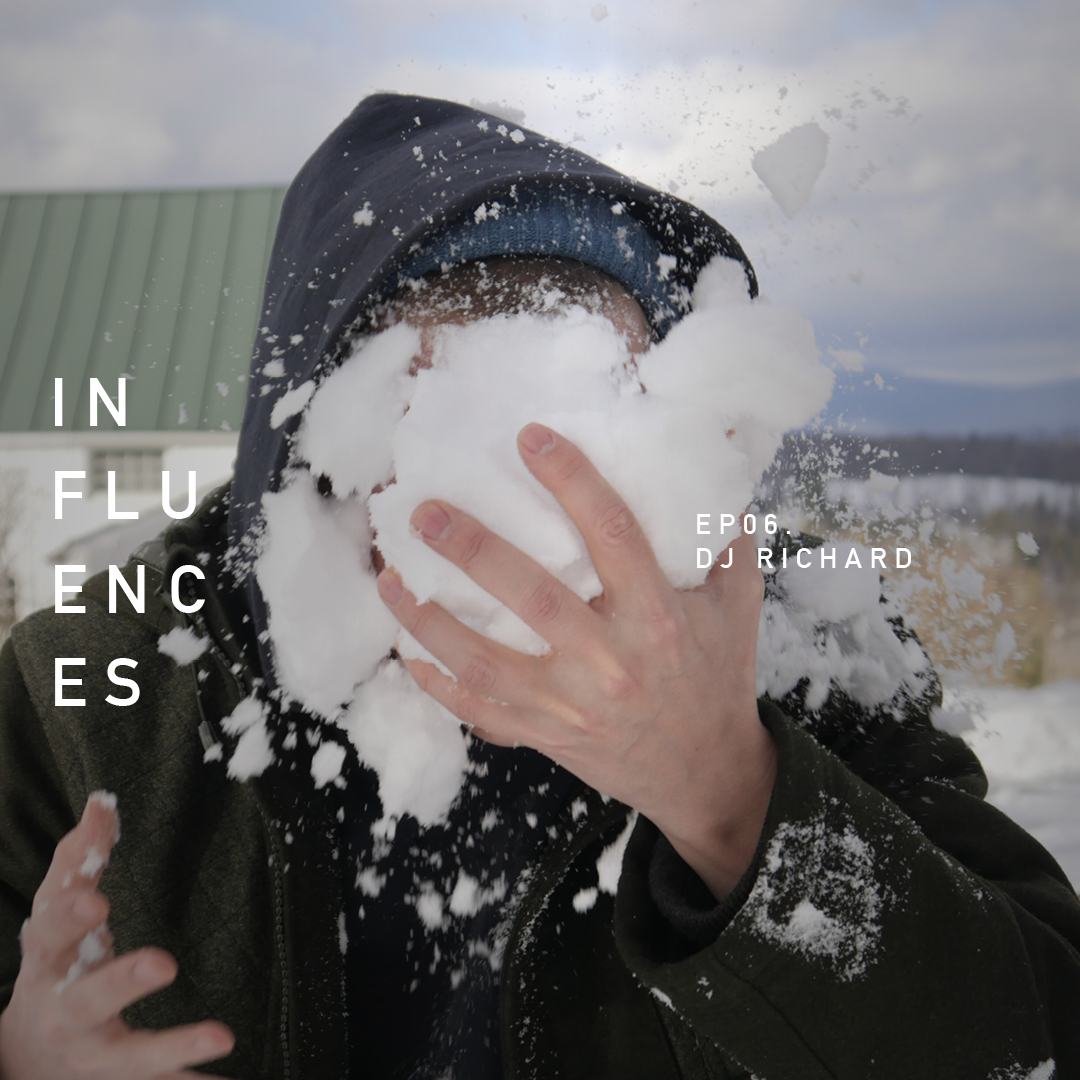 Emerging from the Providence noise scene, DJ Richard has proceeded to earn himself a stellar reputation for his tense, often bleak take on ambient house and techno music. The DJ-producer, born and raised in Portsmouth, Rhode Island, is an intriguing character, admired by many but known by few. His real name, to this day, remains something of a mystery.

As an artist, he set tongues wagging around 2012 with Leech2, a four-track release on White Material, a label and collective he set up with Rhode Island School of Design classmate Quinn Taylor (Young Male). The collective also includes Galcher Lustwerk.

Leech2 was among the label’s first releases, followed by Nailed to the Floor in 2014. Both quickly sold out of their initial pressings and earned accolades from the underground club scene—with positive reviews all around. Within a short period of time, and after a string of solid releases, the label developed a cult status; 12″s, which were limited in pressing, were to be found on Discogs for much more, as demand for the work of those involved escalated beyond their wildest anticipations. DJ Richard, the most widely known of the three, had become one of the most fascinating figures in electronic music.

It’s a reputation that remains today. Interest in him has only continued to grow, in part down to a splendid debut album, Grind, which came via Berlin label Dial in 2015. The album, which combines DJ Richard’s skill in propagating ephemeral and ambient sounds with his aptitude for electronic body control, is full of cinematic unfoldings and sonic color, blending bright filaments of melodic optimism with moments of yearning melancholy. It’s an utterly captivating piece of work.

Intrigued to learn more about the DJ Richard’s sounds, XLR8R reached out to see if he’d reveal some of the influences behind his work. His nostalgia-inducing Influences podcast, almost 90 minutes in length, sees him dig deep into his past, blending some of the inspiring works that caught his attention on late-night radio with the work of some more contemporary producers that have inspired his music. You’ll more than likely recognize some, but it’s unlikely you’ll know them all.

“The idea behind this mix was to focus on non-club music that has been important to me at some point and to leave the tracks unmixed, in a style similar to a late-night community or college radio program. I grew up obsessed with radio and would record tapes and tapes worth of material from what I heard on the local Rhode Island stations. I was especially interested in programs that played grunge and early ’90s alternative, but occasionally other things would catch my attention; I have distinct memories of the first time I heard Art of Noise’s “Moments in Love” or The Psychedelic Fur’s “Love My Way” in these programs and being completely blown away.

“In terms of the selections, I wanted to represent a broad range of musical influences that share a certain flow between them. Some of these tracks have influenced my sense of melody or composition, while others have been stuck in my head for years. I also included a few tracks from friends and acquaintances whose music and performances have inspired me. I have mostly left out punk/metal/noise etc. for the sake of a more low-key listen.

“The mix was recorded on a rainy day at my boyfriend’s place in Montreal.”
— DJ Richard