It was more than two years ago when Germany’s Iron Curtis (a.k.a. Johannes Paluka) first […] 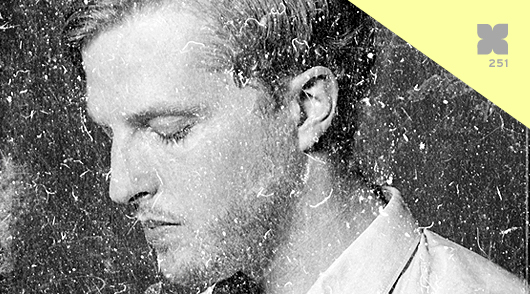 It was more than two years ago when Germany’s Iron Curtis (a.k.a. Johannes Paluka) first […]

It was more than two years ago when Germany’s Iron Curtis (a.k.a. Johannes Paluka) first caught the ear of XLR8R, prompting us to take a closer look as part of our Bubblin’ Up series. But while 2010 saw him release a torrent of singles, his original offerings slowed significantly after that—although 2011 did include a fair share of Iron Curtis remixes—most likely because the Berlin-based producer was plugging away on his debut full-length, Soft Wide Waist Band, which finally dropped last month via the Mirau imprint. In celebration of this return, we went ahead and invited Iron Curtis to put together an exclusive mix for the XLR8R podcast series. Despite his chilly surroundings and stark press photos, Iron Curtis’ music has always displayed a real sense of warmth while subtly working bits of house and soul into the proceedings. This mix is no different, as he displays a keen knack for going deep while stringing together one infectious groove after another. Iron Curtis clearly has a love for the classics, and though he may have peppered his podcast with vintage tunes and analog sounds, things never feel retro or derivative—his work is far too subtle and nuanced for that.