Over the past few years, there has been a lot of talk about former punk […] 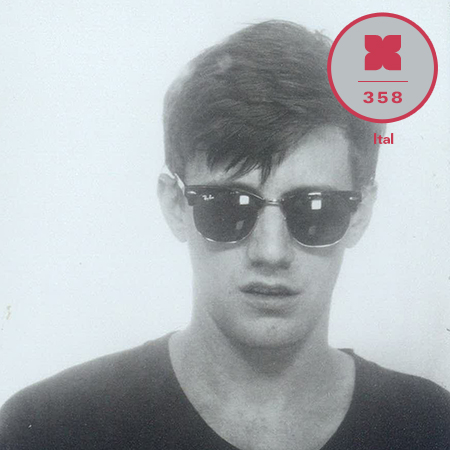 Over the past few years, there has been a lot of talk about former punk […]

Over the past few years, there has been a lot of talk about former punk and hardcore figures moving into house and techno, but few of these artists’ efforts feel as spiritually “punk” as the music being created by Ital (a.k.a. Daniel Martin-McCormick). Previously a member of experimental-leaning (and ostensibly punk/hardcore) outfits like Black Eyes and Mi Ami, and also the creative force behind the abrasive Sex Worker project, Martin-McCormick introduced Ital in 2011, and has spent the last few years turning out leftfield takes on dance music, primarily via labels such as 100% Silk, Workshop, Planet Mu, and his own Lovers Rock imprint. (He’s also worked collaboratively during this time, combining with Hieroglyphic Being as Interplanetary Prophets and with Aurora Halal as Ital & Halal.) Next week, the Brooklyn-based producer will be issuing his third album as Ital, Endgame, via Planet Mu, and he’ll be following up its release by performing a few days later at the inaugural edition of Sustain-Release, a boutique festival in upstate New York being curated by Halal and partner Zara Wladawsky. Basically, the next few weeks are going to be very busy ones for Ital, and ahead of this maelstrom of activity, he’s put together an exclusive mix for the XLR8R podcast series.

Clocking in at just over an hour, the mix is largely focused on taut strains of house and techno, although even the most straightforward passages aren’t without something of an experimental bent. Martin-McCormick seems to be particularly interested in layered, hypnotic sounds, which combine in a rather interesting way with the podcast’s driving techno and industrial rhythms. On the whole, it’s something of a dark listen, but those who can handle the ominous vibes will likely find that Martin-McCormick has charted a rather rewarding journey; it may be a bit spooky, but there are plenty of jams to be discovered along the way.