Jackmaster (a.k.a. Jack Revill) is a DJ. He’s also a co-founder of Glasgow’s Numbers label, […] 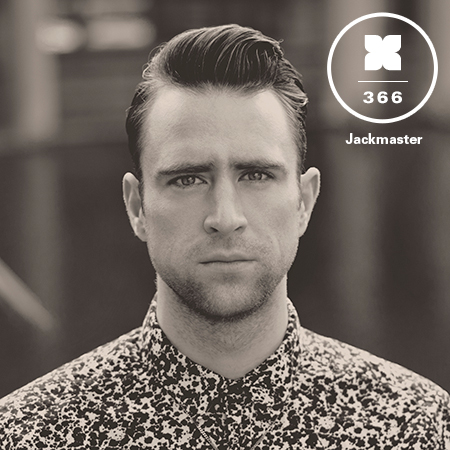 Jackmaster (a.k.a. Jack Revill) is a DJ. He’s also a co-founder of Glasgow’s Numbers label, […]

Jackmaster (a.k.a. Jack Revill) is a DJ. He’s also a co-founder of Glasgow’s Numbers label, but there’s ultimately no question that Revill’s skills behind the decks are responsible for whatever sort of widespread acclaim has come his way. Those who have seen him perform often remark about Revill’s ability to play anything while keeping the dancefloor popping—the man is just as comfortable dropping Prince as he is delving into a session of old-school Detroit techno, and that diversity lies at the heart of his appeal. On some level, almost all artists are storytellers, but Jackmaster’s ability to spin a compelling tale using nothing but music created by other people is what makes him exceptional. Even as his profile has risen dramatically in recent years, he hasn’t dipped his toes into the production realm; Revill’s focus is entirely on DJing, and next month, he’ll be bringing his talents across the Atlantic for a substantial US Tour. In advance of that, he’s put together an exclusive mix for the XLR8R podcast series.

Coming in at just under two hours, Jackmaster’s mix covers a lot of ground. However, a quick scan of the tracklist reveals a session that essentially focuses on various shades of house and techno; the nods to various kinds of pop music, which have become something of a Jackmaster trademark over the years, are nowhere to be found. That said, the podcast certainly isn’t hurting for quality, and while it could be potentially described as a more “serious” effort, that would ignore the fact that the music on offer is still a whole lot of fun. Having plied his his trade from the UK and Ibiza to Tokyo and back again, Revill has learned that there’s more than one way to work a dancefloor, and hearing him in action is a delight, regardless of what path he chooses to take.