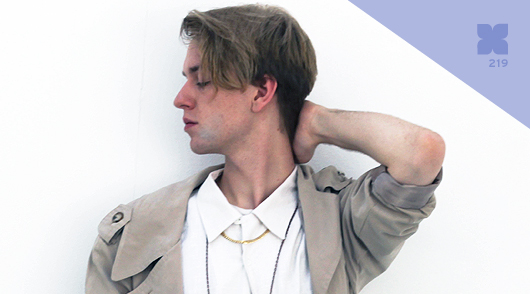 Although the goings-on of the various members of the venerable Night Slugs crew are frequently documented on XLR8R, it’s been awhile since one of its artists put together an exclusive mix for our podcast series. Jam City (a.k.a. Jack Latham) is one of the youngest members of the Night Slugs stable, yet the London-based producer has already made quite a ripple in the bass-music pool with his Waterworx and Magic Drops EPs, not to mention his refix of Endgames’ “Ecstasy.” He’s currently putting the finishing touches on his much-anticipated debut album, which is slated for release in early 2012, but took a break from that to assemble this podcast. And although the mix does feature many of the elements which make Jam City’s production so unique (including unusual drum sounds, angular synths, and well-executed nods to acid house, grime, and R&B), this DJ session, which he’s calling Body Music, also offers quite a few curveballs. Rather than simply flexing all of his latest dubs, Jam City has chosen to dig deep, delving headlong into disco and ’80s electro-funk, particularly on the first half of the mix, which he’s titled Daytime Lover. The latter half, Into the Night, gradually works its way toward more futuristic club territory, particularly once he begins dropping a series of unreleased tunes. In total, Body Music may not be the Jam City-led journey we expected, but it’s nonetheless a thrilling ride. More importantly, it showcases the adventurous spirit of a young artist who will most likely be serving up plenty more surprises in the months and years ahead.