Although it’s been quite some time since trance resembled anything even somewhat creatively viable, James […] 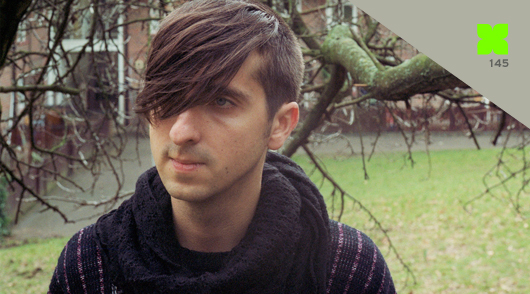 Although it’s been quite some time since trance resembled anything even somewhat creatively viable, James […]

Although it’s been quite some time since trance resembled anything even somewhat creatively viable, James Holden has never been the average trance artist. Even when he burst onto to the scene in 1999 at age 19, his music contained a more thoughtful, melodic approach than that of his big-room counterparts. In the decade that has followed, Holden has only dug deeper, both with his own music and via his Border Community label, home to similarly interesting acts such as Nathan Fake. And while his remix credits include Top-40 staples like Madonna, Britney Spears, and Depeche Mode, Holden’s output remains undeniably progressive—and we mean progressive as in ‘genuinely forward-thinking,’ not progressive as in ‘slighty less obnoxious trance that pays lip service to house and techno but generally still sucks.’ Last month, he unveiled his contribution to !K7’s vaunted DJ-KiCKS mix series, so we figured he might be game to also put together an exclusive mix for the XLR8R podcast. It’s definitely got us thinking that if more artists followed Holden’s lead, maybe the dreaded t-word wouldn’t be such an electronic-music slur.