While the electronic spectrum is full of producers that could be described as unique, Jerome […] 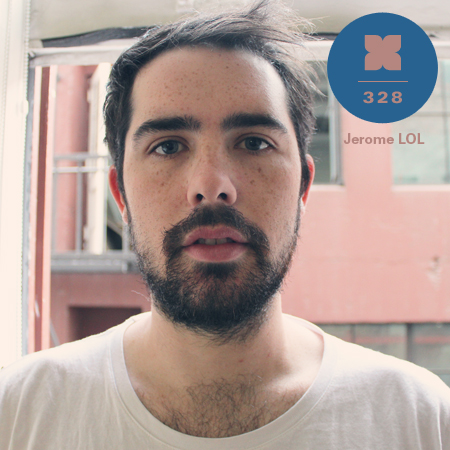 While the electronic spectrum is full of producers that could be described as unique, Jerome […]

While the electronic spectrum is full of producers that could be described as unique, Jerome LOL is someone who truly marches to the beat of his own drum. It’s been more than a year since his shape-shifting former outfit, LOL Boys, went on what has seemingly become a permanent hiatus, and in that time, the LA-based artist and co-founder of the ascendant Body High label has maintained his undeniably meta sense of humor and continued to build an identity based around various web tropes and an affinity for the aesthetics of the internet’s early days. However, he’s also established himself as a skilled producer of washy, emotive, and slow-grooving house, albeit a variant that also includes plenty of nods to (and outright appropriation of) contemporary Top 40. Following a series of self-released singles—which were later compiled and mixed on a limited-edition cassette—Jerome LOL will finally be issuing his first official EP, Deleted/Fool, next week via the Friends of Friends label. The four-track effort is currently streaming online, but we were curious to hear more, which is why we asked Jerome LOL to put together this week’s XLR8R podcast.

A simple glance at the tracklist reveals that this is not the average XLR8R mix, as it’s safe to say that we’ve never had an artist throwing down tracks from 50 Cent, Adele, Miley Cyrus, Justin Timberlake, and Usher before. However, what’s truly impressive is that Jerome LOL has managed to utilize these pop-chart anthems in a way that doesn’t seem cheap or ridiculous. There’s absolutely a method to his madness, as the mix reveals a real talent for identifying and blending sounds, irrespective of whatever cultural baggage their source material may carry. Over the course of more than an hour, there’s a continual emphasis on synthesized melodies, unobtrusive (but effective) rhythms, processed vocals, and the oddly beautiful inhumanity of modern production techniques. Even when he digs deep into his archives, there’s something familiar, even comforting, about the music on offer, not to mention a real sense of continuity from one song to the next. Jerome LOL clearly understands the dynamics of today’s pop music, but he’s also quite diligent about tracing its various elements back through history; in this way, he’s something of a musical archaeologist, and perhaps that’s what makes him such a compelling figure. After all, we’re not usually big fans of international pop smashes, but in the context of Jerome LOL, we’ve found that they go down quite smooth.