Whether it’s fair or not, Jon Convex is probably best known as “the other guy […] 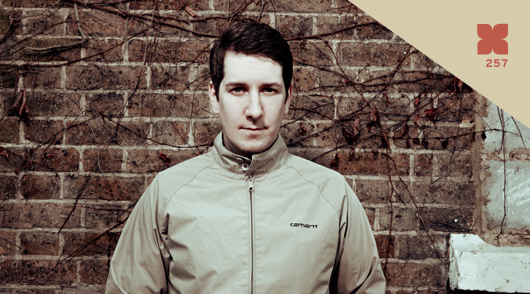 Whether it’s fair or not, Jon Convex is probably best known as “the other guy […]

Whether it’s fair or not, Jon Convex is probably best known as “the other guy from Instra:mental.” To be certain, his former production partner Boddika has snagged a lot of headlines over the past year or so, but Convex hasn’t exactly been a slouch. Building upon the stripped-down, electro-flavored rhythms that powered the final Instra:mental album, Resolution 653, Convex has been releasing a stready stream of bass-loaded, robotic funk workouts on labels such as [NakedLunch] and 3024. Next week, he’ll be releasing his debut solo LP, Idoru, on his own Convex Industries imprint, so we’ve invited him to put together an exclusive mix for the XLR8R podcast series to help commemorate the occasion. Interestingly enough, the hour-long session largely finds Convex going a bit deeper and operating comfortably within a more house- and techno-oriented framework, dropping cuts from the likes of heavyweights such as John Tejada, Maceo Plex, and Shed (under his Traveller guise). Make no mistake, Convex definitely flashes some acid crunch and low-end heft here, but he’s a veteran artist, and as such, knows how to craft a compelling listen without constantly slamming his foot on the throttle.