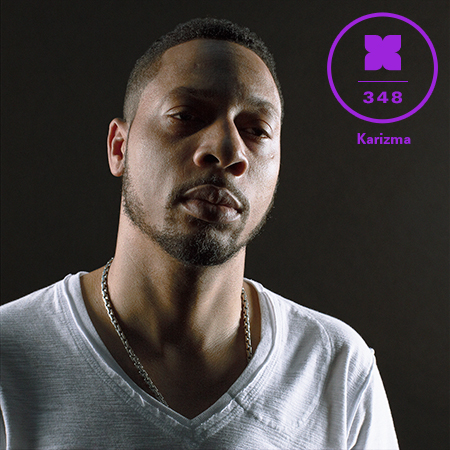 Even though he’s been releasing records for nearly two decades (and DJing for more than three), it still feels like Karizma (a.k.a. Chris Clayton) is something of a mystery. Operating out of his home base in Baltimore, the well-respected artist—who is also known as Kaytronik and simply K2—has dabbled in a variety of sounds over the years, including excursions into jazz, hip-hop, and broken beat, but it’s Clayton’s hypnotically soulful, drum-laden house constructions that have truly defined his catalog. Suitable for a big room, but scuzzy enough for a basement, Karizma’s tunes cut across the electronic spectrum, and sound especially potent in his own hands, as his prowess in the DJ booth—especially with a pair of CDJs—has become legendary. Next month, he’ll be releasing his latest offering, the Beats & Bobs Vol. 1 EP, via longtime label home R2 Records; ahead of that, he’s also put together an exclusive mix for the XLR8R podcast series.

Much like Karizma’s DJ sets in the real world, his mix here is populated by a lot of his own work. As such, it comes as little surprise that percussion basically steals the show throughout the podcast’s 44-minute runtime. (That said, the effective inclusion of a Maya Angelou poem also receives top marks.) True to form, the blends are exceptionally precise and are generally rather lengthy, as Karizma is the kind of DJ who revels in seeing what happens when two tracks are allowed to ride along together and create something new. Of course, truly understanding Karizma’s wizardry requires seeing the man in person, but in lieu of that, this XLR8R podcast is a very solid substitute.