Kevin McPhee may not be a particularly loud or flamboyant producer, but he is a […] 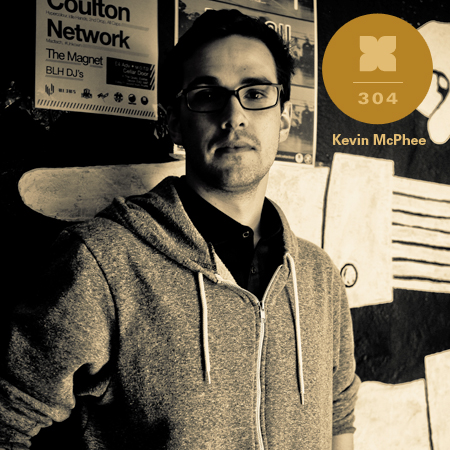 Kevin McPhee may not be a particularly loud or flamboyant producer, but he is a […]

Kevin McPhee may not be a particularly loud or flamboyant producer, but he is a diligent one. Since 2011, the Toronto-based producer has been turning out a steady stream of clicking, clacking, and shuffling house music, garnering fans along the way and seeing his tunes appear on a variety of quality imprints, including 3024, [NakedLunch], WNCL, Idle Hands, Brainmath, and Hype_LTD. Still, McPhee has been a bit quiet in 2013, so we dropped him a line, figuring that having him put together an XLR8R podcast just might be the best way to take his current musical temperature. As it turned out, our intuitions were correct, as he’s crafted a mix that not only focuses almost entirely on his own work, but also contains a number of unreleased dubs. Listening to the podcast, there’s a remarkable consistency to McPhee’s production, an off-kilter rhythmic sensibility that ties the various tracks together. The music is generally all within the house realm, but a sense of movement permeates the mix, as though McPhee is incapable—or perhaps unwilling—to stay rigidly affixed to any sort of grid. At the same time, there’s a diversity to it all, as McPhee proves capable whether he’s assembling a brooding cut that meanders in the lower registers or a feelgood, hands-in-the-air anthem. In short, the guy is talented, and although the songs featured here will surely get plenty of play when they eventually surface, his next batch of tunes might be even better.