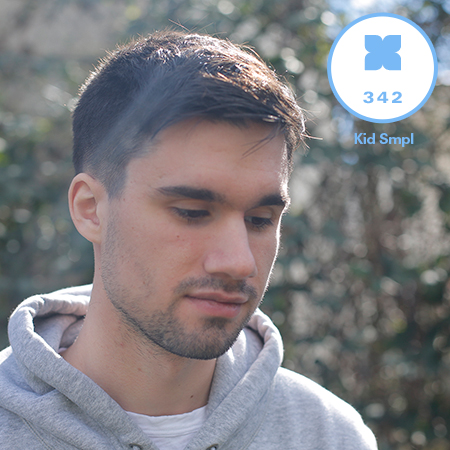 Kid Smpl (a.k.a. Joey Butler) isn’t a particularly outspoken artist. The low-key Seattle producer (and former Bubblin’ Up subject) maintains a relatively modest profile, quietly issuing music from his perch in the Pacific Northwest. Though his arrangements are often rather sparse, Butler’s work has always been something of a hybrid effort, combining elements of instrumental hip-hop and R&B with leftfield bass explorations and pastoral melodies. It’s the latter that became something of Kid Smpl’s trademark in recent years, especially as his music was increasingly associated with the “night bus” tag. At the same time, Kid Smpl has never been a static artist, and his most recent EP, Silo Tear, which dropped last week via Hush Hush and is streaming in full here, finds Butler exploring new sonic territory, merging his ethereal soundscapes with waves of noise and harsh distortion. It’s an intriguing step in the evolution of Kid Smpl, and one that has sparked our desire to dig deeper into his current musical headspace. As such, we’ve invited him to put together an exclusive mix for the XLR8R podcast series.

Listening to his selections, it quickly becomes clear that Kid Smpl’s newfound love of crackle and crunch isn’t limited to his own work. The 43-minute session almost perfectly encapsulates his current sound, as snippets of hip-hop and R&B sit comfortably alongside the likes of Tim Hecker, Lee Gamble, and Burial. From start to finish, there’s a lot happening, yet things never feel claustrophobic or overcrowded, even when the music is at its most intense. It’s not a dance mix, or even something that seems particularly aware of the dancefloor. Kid Smpl’s podcast is purely meant for listening, and in that respect, it’s a clear success, as there’s something truly alluring about Butler’s ability to piece together seemingly disparate bits of sound.