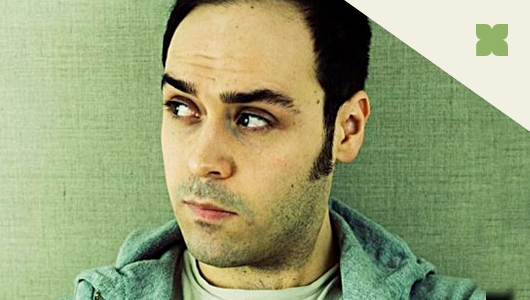 Few artists can pack 47 tracks into an hour-long mix without it sounding forced and contrived. Fortunately for us (and the latest installment of the XLR8R podcast), Kid606 is one of those who can seamlessly weave together as many tracks as he has for Megachurch Meltdown. Pulling from a collection of current club tracks and old favorites, the man born Miguel Depedro has crafted a bouncy, bass-heavy mix that’s as close to an actual night in the club as one can hope to get. “A lot of this stuff I just got recently, and it’s only because [the tracks] were made to be pumping DJ tracks that I was able to mix them in so easily,” he says. “It’s those older tracks that carry a little more weight and have more depth behind them, at least for me, because I’ve played them so many times I have a personal relationship with them.”

Of those favorites, he cites artists like Vex’d, DJ Koze, Drop the Lime, and PJ Pooterhoots (“one of the best producers in S.F. and criminally underrated”), all of whom appear in this techno-meets-dubstep-meets-booty-house mix, alongside newer cuts from the likes of Rustie, Cardopusher, and AC Slater. Less common in Megachurch is his own work. “I think I’m still a little shy about DJing my own stuff,” he says to this. “I am just too self-conscious about it, but I love playing people’s remixes of me, so there [are] three remixes of songs from my new album, from Acid Jacks, P.O.L. Style, and Doshy.”

Speaking of that album, Shout at the Döner was released at the end of April via Depedro’s own Tigerbeat6 imprint, and as noted in a recent review, “the man still knows how make a hyperactive racket.” See for yourselves here.