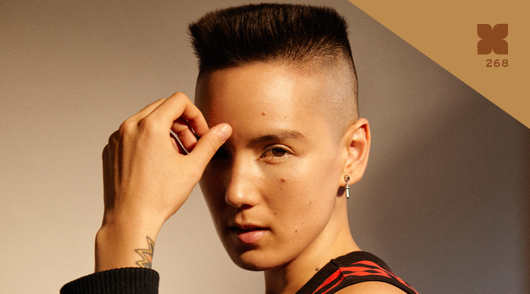 New York’s Kim Ann Foxman might be best known for her previous work with Hercules & Love Affair, but over the past few years, she’s also been gradually building a solid discography of her own as a solo artist, dropping a number of remixes, a collaboration with Kink and Neville Watson, and her own excellent single, “Creature.” On October 22, she’ll be releasing her next salvo, “Return It,” via London’s Needwant imprint. Ahead of that, she’ll also be spinning as part of an absolutely stacked line-up on October 21 at Fabric’s 13th Birthday. Clearly, Foxman is taking some major steps toward establishing her own artistic voice, which is why we figured now would be a good time to get a closer look at her musical vision by inviting her to put together an exclusive mix for the XLR8R podcast series. The tracklist doesn’t include any major surprises, but that doesn’t mean her podcast isn’t enjoyable. On the contrary, Foxman glides through one feelgood cut after another, many of them borrowing heavily from the swinging rhythms of ’90s New York house and garage. That said, while Foxman has clearly studied up on her city’s dance-music history and cribbed a few notes, her mix provides a nice contrast to the overly dark and/or serious explorations being undertaken by many of her peers. Here, the melodies are bright, the beats bounce, and the vocal bits are soulful without getting too deep. Sure, it’s a bit retro, but not oppressively so. It’s fun, and it’s hard to ask for much more than that from a DJ mix.