In the bustling UK music scene, where genres come and go in what seems like […] 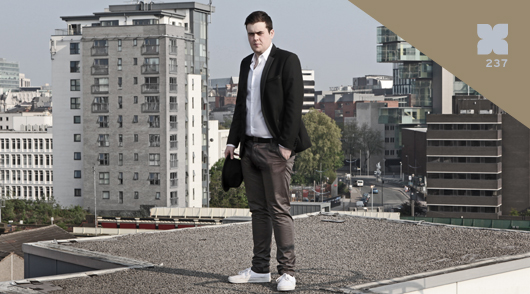 In the bustling UK music scene, where genres come and go in what seems like […]

In the bustling UK music scene, where genres come and go in what seems like the bat of an eye, there’s always a strong focus on the new. New artists. New sounds. New labels. New parties. While this kind of outlook sometimes leads to novelty trumping actual quality, it’s not an attitude that’s been wholesale adopted by the entire slate of UK music makers. Krystal Klear is a perfect example of those bucking the trend. Although the Irish-born, Manchester-based producer has been celebrated during the past year or so as part of the latest wave of innovative UK artists, even a cursory listen to his output—which includes releases on All City, Eglo, and Dub Organizer—demonstrates that he’s not especially interested in making something new. It’s not that his music is unoriginal or overly derivative, it’s just that Krystal Klear has no qualms about delving into the treasures of the past to find inspiration. As shown on this exclusive mix for the XLR8R podcast series, he’s quite comfortable moving through funk, soul, boogie, New Jack Swing, electro, and late-’80s/early-’90s house. More impressively, he manages to do so while also deftly slipping in several of his own retro-inspired productions, including both sides of his recently released “We’re Wrong” b/w “From the Start” single. Clearly, Krystal Klear isn’t afraid of getting a little nostalgic, but here, he’s managed to do so while crafting something that’s deliciously funky and refreshingly carefree, not to mention a whole lot of fun.