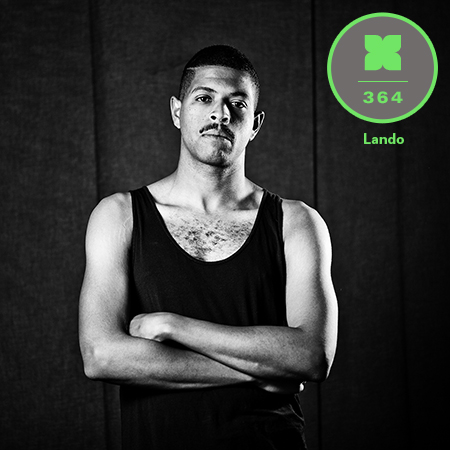 Lando (a.k.a. Antaeus Roy) is an artist we’ve kept tabs on for quite some time, from his earliest output as a producer in San Francisco, to his time in New York, to his eventual landing in Berlin, where he’s been installed for the past few years. Over that time, he’s amassed an impressive discography, releasing music on labels like Numbers, Rush Hour, and Hotflush, but he’s actually been rather quiet as of late, his most recent record coming via Icee Hot in late 2012. (In the interest of full disclosure, it should be noted that Icee Hot is run in part by XLR8R editor Shawn Reynaldo.) However, Lando’s temporary silence will soon come to an end; last month, it was announced that he would be launching a new label, Myth Music, in tandem with fellow Berlin expat Baron Castle. Lando will be at the helm of the young imprint’s first release, the I Can See It in You EP, which drops next week, so we figured now would be a good time to have him put together an exclusive mix for the XLR8R podcast series.

Like many producers, Lando’s music takes notes from classic strains of electro, techno, house, and acid, yet his creations are much more than an amalgamation of trendy vintage sounds. Although machines are very much at the core of his work—and absolutely shape his sound—there’s a distinctly funky undertone to his productions that harkens back to the best of late ’80s/early ’90s Chicago and Detroit. Those sensibilities have carried over to this mix, which stretches for more than an hour and features a couple of unreleased Lando cuts. At first, the podcast is deep and deliberate, yet Lando quickly picks up steam, upping the energy level while also indulging in some hypnotically trippy melodies. Things never get too crazy, but Lando expertly keeps things just below the boiling point, resulting in a smooth and highly enjoyable ride.