It wasn’t that long ago that Lapalux (a.k.a. Stuart Howard) was just another young UK […] 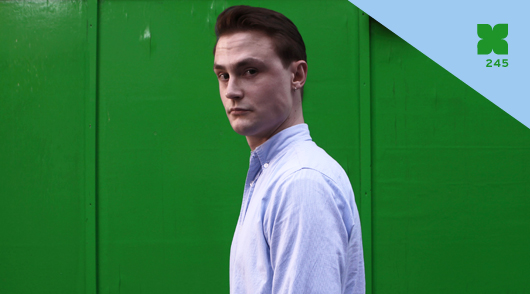 It wasn’t that long ago that Lapalux (a.k.a. Stuart Howard) was just another young UK […]

It wasn’t that long ago that Lapalux (a.k.a. Stuart Howard) was just another young UK producer perking up people’s ears with a hard-to-define mix of low-end-heavy, but undeniably experimental, sounds. Even when we tabbed him as a Bubblin’ Up artist last summer, largely on the strength on his then-fresh Many Faces Out of Focus EP, the full extent of his potential was only beginning to reveal itself. Then came this year’s When You’re Gone EP, released on Flying Lotus’ Brainfeeder imprint, which displayed a whole new level of sophistication and a real penchant for sonic whimsy. With this kind of skill at his disposal, we were curious to see exactly what Lapalux could do if tasked with putting together an exclusive mix for the XLR8R podcast series. Although he doesn’t actually DJ that often—he prefers to perform live—Lapalux quickly proves that’s he’s more than capable of assembling a compelling mix. His selections come from both sides of the Atlantic and could individually be tagged with an assortment of inadequate genre names—bass music, beat music, witch house, screw, experimental—but ultimately, it’s clear that they all bear some relationship to hip-hop while only rarely sounding anything like traditional rap music. He’s clearly taking notes from a rich palette of influences, and though this podcast still doesn’t allow us to put Lapalux in a neat little box, it does provide an interesting window into the sounds that make him tick.