Top-notch DJs and producers are often known for their globe-trotting ways, but Magda takes it […] 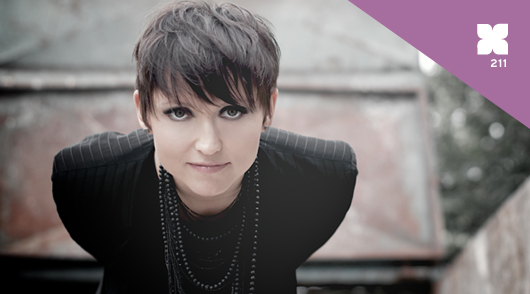 Top-notch DJs and producers are often known for their globe-trotting ways, but Magda takes it […]

Top-notch DJs and producers are often known for their globe-trotting ways, but Magda takes it to another level. Born in Poland, she came of age in Detroit and was eventually adopted by Richie Hawtin and the rest of the Minus Records crew. Now living in Berlin, she’s been in the news as of late after the (somewhat surprising) announcement that she was leaving Minus after more than a decade and instead focusing on Items & Things, a label she runs with Marc Houle and Troy Pierce. Although the split was amicable, it does represent the start of an important new chapter in the techno veteran’s career, so we figured that now would be a good time for her to put together an exclusive mix for the XLR8R podcast series. True to form, Magda has delivered a deep, complex mix that often features three our four tracks playing at once while she combines techno—of both the pulsing Detroit and minimal variety—with bits of house, disco, and a few other surprises. Magda’s future may be wide open, but there is little doubt that her DJ abilities are still on-point.