The second half of our two-part 200th podcast comes courtesy of another musical heavyweight, dubstep […] 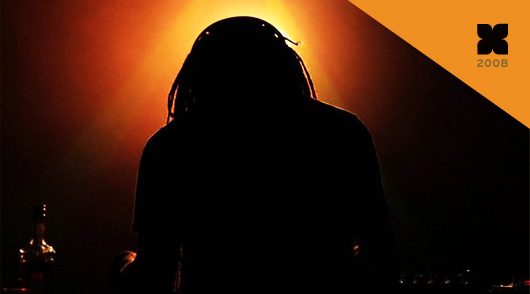 The second half of our two-part 200th podcast comes courtesy of another musical heavyweight, dubstep […]

The second half of our two-part 200th podcast comes courtesy of another musical heavyweight, dubstep kingpin Mala (a.k.a. Mark Lawrence). Whether operating solo or as one half of legendary outfit Digital Mystikz, the man helped put dubstep on the musical map in the mid-’00s, not only as a producer and DJ, but also as the co-founder of the genre-defining DMZ label and club night with Coki and Loefah. Along the way, he also found the time to start up his own Deep Medi imprint. His work has undeniably influenced an entire generation of bass-loving artists, including a large swath of those folks who regularly appear in XLR8R. These days, when he’s not travelling the globe and reminding people of the power of sub-bass, he’s still turning out new music—most recently last year’s Return II Space album—and now he’s kicking off a new mix series, Sound*System*Musik, the first chapter of which is this podcast for XLR8R. Over the course of its 45 minutes, Mala drops one low-slung, speaker-rattling tune after the next, many of them DMZ dubplates, and almost all of which seriously emphasize the dub end of the dubstep equation. He’s a true master craftsman, someone who manipulates and massages low-end sonics with the precision of a surgeon, making his contribution to the XLR8R podcast series to true pleasure to behold.

In case you missed it, go here to check out the first half of our special 200th podcast.