A lot of the chatter surrounding Matrixxman (a.k.a. Charles McCloud Duff) tends to focus on […] 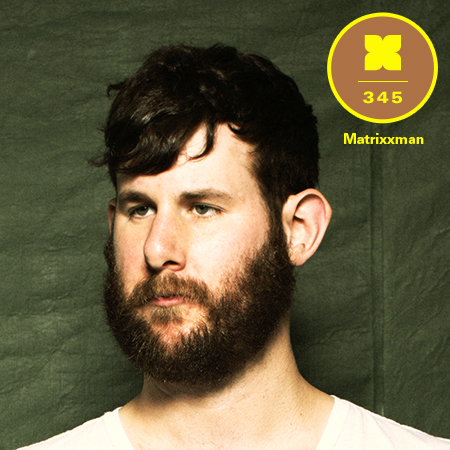 A lot of the chatter surrounding Matrixxman (a.k.a. Charles McCloud Duff) tends to focus on […]

A lot of the chatter surrounding Matrixxman (a.k.a. Charles McCloud Duff) tends to focus on what he’s done in the past, but in all honestly, the San Francisco producer’s recent track record has us a lot more excited about his present and future output. Over the past year or so, Matrixxman has released one quality record after another, issuing house and techno tunes (both solo and collaborative) for the likes of Fifth Wall, Unknown to the Unknown, Classicworks, Deft, and Soo Wavey, the label he runs in tandem with frequent production partner Vin Sol. (The pair’s white-label reworks of Sade have also caused quite a stir.) Next week, he’ll be making his first appearance on Ghostly‘s Spectral Sound imprint, which will be presenting his new Amulet EP. To mark the occasion, we’ve enlisted him to put together an exclusive mix for the XLR8R podcast series.

Our podcasts often find artists digging into their vinyl archives, but we’re fairly confident that Matrixxman is the first DJ who’s pulled out “Popcorn.” It’s a bold choice, albeit one that works surprisingly well alongside the soulful sounds of The Trammps and the industrial pulse of Throbbing Gristle. As the podcast proceeds, Matrixxman frequently demonstrates his love for drum-machine-centric sounds, moving through Chicago house, Detroit techno, and more, all while maintaining a certain level of funkiness that gives the proceedings a more human feel. The selections become more recent in the latter half of the hour-long mix, and Matrixxman even slides in a few of his own productions, including some unreleased material. All in all, it’s a quality listen, but more importantly, it’s something of a chronological tour through Matrixxman’s current musical headspace. Luckily for us, that journey just so happens to be full of excellent tunes.