As most XLR8R readers are likely aware, the annual Decibel Festival is descending upon Seattle […] 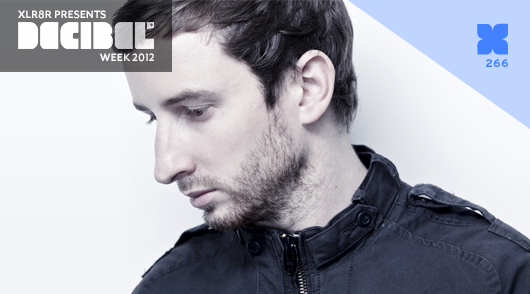 As most XLR8R readers are likely aware, the annual Decibel Festival is descending upon Seattle […]

As most XLR8R readers are likely aware, the annual Decibel Festival is descending upon Seattle this week, and bringing with it a stunning array of electronic artists. Given our excitement about the festivities, we’re running a special series of Decibel-themed content throughout the week, and have elected to include our weekly podcast as part of that. Making that choice was easy; much harder was actually choosing an artist to do said podcast, as the festival line-up literally features dozens of producers and DJs whose names have appeared on XLR8R over the years. In the end, we decided to go with someone who might seem a bit unexpected—Max Cooper. Admittedly, the UK producer isn’t someone whose name loudly rings out. Much like his music, the man’s profile is understated, to say the least. Yet he’s also a seasoned artist who continues to turn out quality music; his lengthy discography is full of releases that can ostensibly be categorized as techno, albeit a melodic, cinematic strain of techno with hints of glitch and a quiet elegance that’s unique to the genre.

Cooper will be performing at Saturday’s Cerebral Vortex showcase, and this podcast provides an excellent window into what one of his live sets might entail, at least sonically. Over the course of an hour, Cooper frequently lays down a steady beat, but isn’t afraid to move away from pounding rhythms to indulge in a melodic detour or a pop-minded impulse. Favoring sounds that are clean, even pristine, there’s occasionally a sort of delicate feel to the proceedings, a sensation that’s only strengthened by the producer’s precise mixing. Cooper’s persona may be low-key, but he’s clearly an artist who’s comfortable in his own skin. Perhaps that’s why he simply lets his music do the talking.