The history of Detroit music is littered with artists who have been called legendary, but […] 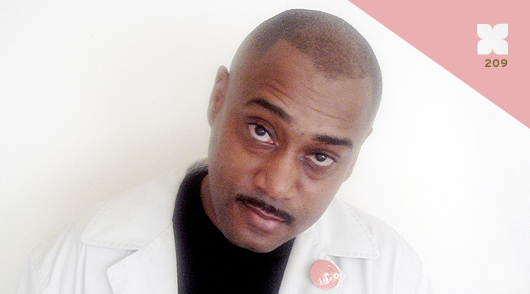 The history of Detroit music is littered with artists who have been called legendary, but […]

The history of Detroit music is littered with artists who have been called legendary, but there is really no denying the crucial role Mike Huckaby has played in the Motor City’s dance scene. Over the past two decades, the man has been in the thick of it as a DJ, producer, record store clerk (at the now-defunct Record Time), and instructor (as part the city’s Youthville program). He’s influenced and touched the lives of countless Detroit artists, but has also turned out some classics in his own right, and continues to carry the torch for his hometown. Although he’s never been especially prolific as a producer, recent years have seen increased output from Huckaby, particularly in the remix department. Huckaby’s known for his love of classic house sounds, and this exclusive mix for the XLR8R podcast finds him going deep and masterfully weaving together a choice selection of multifaceted, soulful tracks. It’s clean, it’s tasteful, and it’s a welcome reminder of what Detroit is all about. Lucky for us, Huckaby will be playing alongside Steffi, Beautiful Swimmers, and others this Friday, August 5, right in our backyard at Public Works in San Francisco. If this mix is any indication, everyone within shouting distance would be wise to attend.