The XLR8R podcast series has featured a wide assortment of musical characters over the years, […] 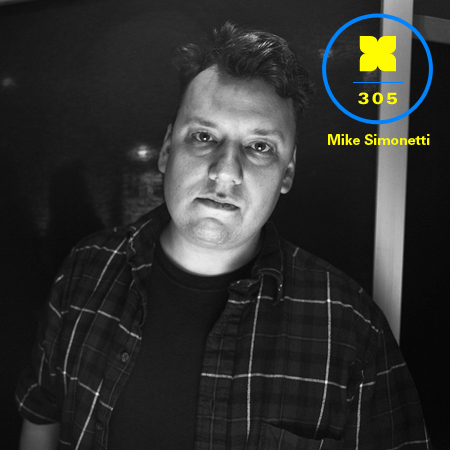 The XLR8R podcast series has featured a wide assortment of musical characters over the years, […]

The XLR8R podcast series has featured a wide assortment of musical characters over the years, but few of them have had a musical history matching that of Mike Simonetti. These days, he’s known primarily as a house DJ and the driving force behind the Italians Do It Better imprint, but Simonetti’s backstory actually began in much different musical territory. Growing up in the New York and New Jersey hardcore scene during the late ’80s and early ’90s, he formed the Troubleman Unlimited label in 1993 and spent the next 15-plus years leading the expansive imprint through various strains of punk, post-punk, noise, and experimental sounds. It was through Troubleman that Simonetti linked up with Glass Candy and specifically Johnny Jewel, and as that band became more and more electronic and Italo-influenced, the two ultimately decided that a new label was needed, and Italians Do It Better was born.

Throughout this time, Simonetti increasingly found himself in the DJ booth, initially at some of New York’s more adventurous parties, but eventually at dance clubs on both sides of the Atlantic. As Italians Do It Better solidified into an Italo and electronic-pop outpost, Simonetti realized that his growing dancefloor inclinations were without a proper outlet of their own, so he launched yet another venture last year, the vinyl-only New Jersey label. Clearly, he’s a busy man—he also produces music of his own, both solo and in tandem with Monty Luke (as Billions & Billions) and Secret Circuit (as Shadow Kids)—which is why we were happy that he found the time to put together an exclusive mix for the XLR8R podcast. Despite his diverse history, Simonetti’s mix is actually rather straightforward, as it smoothly moves through groove-heavy house and pulsing techno over the course of an hour. His own production work doesn’t make an appearance in the tracklist, but Simonetti does employ a few of his own DJ edits, which demonstrate his keen eye for identifying unique sounds and making them work on the dancefloor. And although it has little to do with the podcast, it’s worth noting that Simonetti is currently putting the finishing touches on a debut full-length of his own; given his varied past, no one can be quite sure what it will sound like, but we’re happy to let this mix tide us over in the meantime.