When it comes to early-’90s house music, there are few artists who rival the influence […] 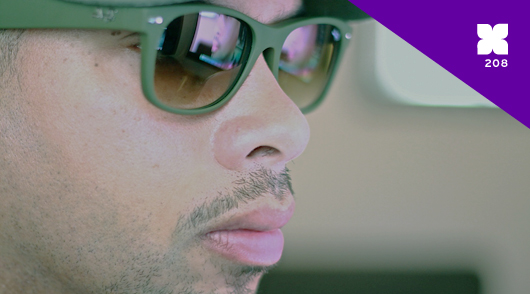 When it comes to early-’90s house music, there are few artists who rival the influence […]

When it comes to early-’90s house music, there are few artists who rival the influence of MK (a.k.a. Marc Kinchen, pictured above). Seminal singles such as “Burning,” “Always,” and “Love Changes” helped shape the sound of the era, and his remix work was even more important, as Kinchen reworked tracks from an incredibly diverse array of artists, including the Nightcrawlers, Moby, Jodeci, The B-52’s, Tom Tom Club, Masters at Work, Bobby Brown, Bizarre Inc., Jodie Watley, Brandy, Pet Shop Boys, Blondie, and countless others. The man has been employed by people like Pitbull and Will Smith as a producer; he’s even remixed Celine Dion, but he also released a new single on Omar-S‘ FXHE label this year, so his badman credentials are pretty much bulletproof. Over the years, MK has often collaborated with his brother and frequent partner-in-crime Scott Kinchen (a.k.a. Scottie Deep). Together, the two have continued in their love of high-quality, big-room house music, a passion evidenced on this exclusive mix for the XLR8R podcast series. The booming DJ session finds the brothers Kinchen both rinsing new cuts and digging into their vaults to unearth some vintage gems, including more than a few MK remixes and dubs. This Saturday, the pair will be headlining the Icee Hot party in San Francisco, where they’ll hopefully be serving up even more of this dancefloor magic.