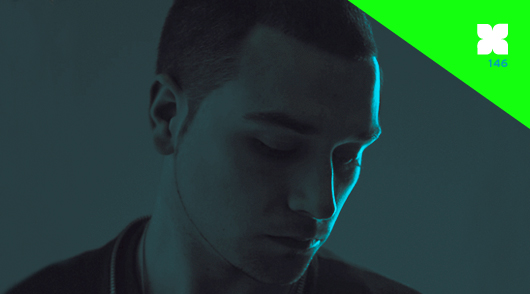 A big part of Night Slugs‘ appeal is that the London-based crew tosses so many kinds electronic music into a virtual blender, only to produce something new and fresh in the end. Whether it’s techno synths married with dubstep’s low end, or grimey drums paired with a chopped-up house vocal, the results are always exhilarating, and it’s been that way since the jump, as Mosca‘s Square One EP kicked off the label with aplomb and helped set the table for an exciting new wave of UK dance music. Now, less than six months after its release, we’ve tapped Mosca (a.k.a. Tom Reid) to put together an exclusive mix for the XLR8R podcast, and a quick glance at the massive tracklist makes it clear that his influences aren’t limited to what’s popping in London, or even the usual list of genre suspects. Over the course of nearly 70 minutes, he navigates hip-hop, grime, dancehall, house, techno, garage, cumbia crunk, tribal guarachero, and a litany of other sounds, ultimately producing a mix that is, quite literally, like nothing we’ve ever posted before. While the hyperactive playlist could have meant an ADD-addled mix lacking in sonic harmony, Mosca’s flow feels entirely natural, and we’re guessing the podcast will please music fans of all stripes—particularly those with a predilection for dark, sweaty, and tropical bass sounds.

Mosca will be making his first trip to the US later this week, where he’ll be performing only two shows—this Saturday, June 26 at Icee Hot in San Francisco, and the following Friday, July 2 at TURRBOTAX® in Brooklyn. We highly recommend that you find a way to attend.