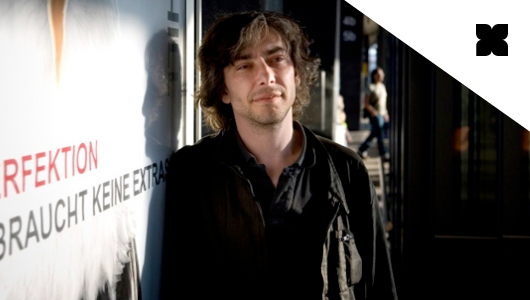 Veteran house DJ and producer David Moufang, better known as Move D, is a hard man to pin down, so when he offered up a portion of a recent live set for the XLR8R Podcast, we jumped at the opportunity. Recorded over the summer at Plano B in Portugal, this set features the Heidelberg, Germany native weaving his way between cuts both classic and cutting edge, which isn’t exactly surprising given the wealth of knowledge he recently dropped in our Five Star feature. After more than 15 years in the DJ game, Move D could survive on reputation alone, but the man remains firmly rooted in the underground.

If you like what you hear, you may want to consider heading up to Seattle at the end of this month to check out a rare Move D appearance in North America—he’ll be taking part in the Decibel Festival alongside dozens of other top-shelf electronic acts, such as Mala, Benga, Caspa, Mary Anne Hobbs, Martyn, Daedelus, Gaslamp Killer, Nosaj Thing, Alter Ego, The Wighnomy Brothers, Lusine, and many more.