With 2011 quickly drawing to a close, the onslaught of “Best Of” lists is already […] 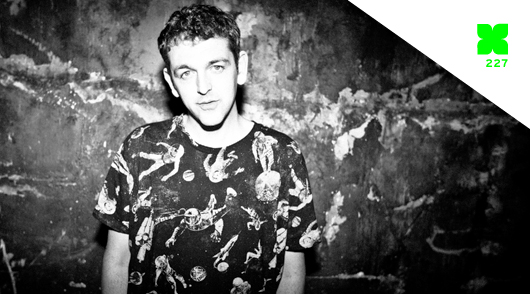 With 2011 quickly drawing to a close, the onslaught of “Best Of” lists is already […]

With 2011 quickly drawing to a close, the onslaught of “Best Of” lists is already well underway (don’t worry, XLR8R‘s contributions will begin popping up next week), and although it’s unlikely that Om Unit (a.k.a. Jim Coles) is going to be pulling down a ton of accolades, that has less to do with the quality of his output, and more to do with the fact that the London producer has kept a relatively low profile while having himself a very solid year. Fresh off his turn as a participant at this year’s Red Bull Music Academy in Madrid, the man just dropped the Transport EP, his second release of the year for the Civil Music imprint. Apart from making beats, he also pilots his own label, Cosmic Bridge Records, and has recently remixed the likes of Starkey, Shigeto, Take, Pixelord, and many others. As such, Om Unit seemed like the perfect candidate to put together the final XLR8R podcast of 2011, an opportunity he used to showcase his unique take on some sounds that have become very familiar as of late. Last week’s podcast from Africa Hitech found the UK duo combining footwork and jungle, and Om Unit spends much of this exclusive mix engaging in similar genre-blending trickery. But where Africa Hitech offered harsh, rough-and-tumble sounds, Om Unit goes heavy on the melody, serving up a much dreamier listen, an effect heightened by his extended detours into slower tempos. At this point, it’s hard to put an original spin on the myriad of sounds championed by the world of so-called “bass music,” but on this podcast, Om Unit has managed to do exactly that.