Believe it or not, XLR8R recently celebrated its 20th birthday. It’s not an occasion we’ve […] 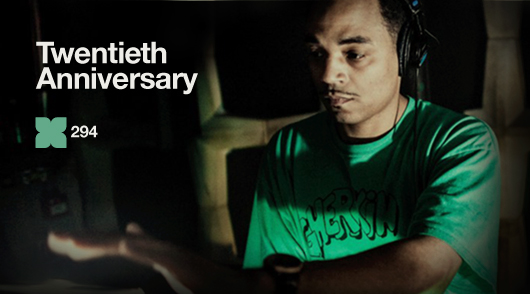 Believe it or not, XLR8R recently celebrated its 20th birthday. It’s not an occasion we’ve […]

Believe it or not, XLR8R recently celebrated its 20th birthday. It’s not an occasion we’ve been hyping with lots of fanfare—perhaps we’re getting a bit shy about our advancing age—but we figured that we needed to do something to commemorate our two decades of existence. Ultimately, we decided to recognize the milestone via our podcast series. Granted, the weekly mixes are something that we’re already fairly excited about, but throughout the month of May, we’ll be taking things up a notch with a special set of 20th-anniversary podcasts, all of which have been assembled by influential veterans—artists whose work has risen above the trends and stood the test of time. First up, we have someone who’s a true original—Omar-S. For the past decade, the Detroit stalwart has been doing things decidedly his own way, turning out a steady stream of raw house sounds almost exclusively via his own FXHE label, the most recent being his freshly issued Thank You for Letting Me Be Myself LP. That said, the man has more than dark-and-dirty Motor City sounds up his sleeve, and on this exclusive mix, he’s gone a bit retro, piecing together an jovial session that leans heavily on upbeat house and electro from the ’80s and early ’90s. Admittedly, it’s a bit of a surprise, but learning to expect the unexpected is one of lessons we’ve learned time and again during our 20-year run.