There’s something special about Bristol. The UK city has consistently been a hotbed for new […] 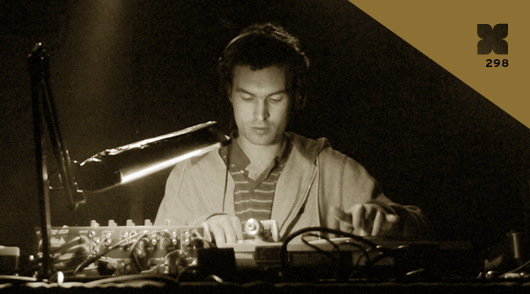 There’s something special about Bristol. The UK city has consistently been a hotbed for new […]

There’s something special about Bristol. The UK city has consistently been a hotbed for new electronic sounds over the past two decades, and more importantly, it’s a place where the scene marches to the beat of its own drum (or perhaps we should say drum patterns), offering music that is simultaneously highly innovative and intensely local. This tendency is certainly true of Peverelist (a.k.a. Tom Ford), along with the small cadre of artists and labels that have sprung up around him since the mid ’00s. As head of the Punch Drunk label, Ford played an essential role in the blossoming of dubstep, and in more recent times has provided a steadying hand as the genre has fractured and mutated into new bass-heavy forms in the hands of a younger generation of producers. It’s tempting to use terms like “elder statesman” to describe him, but the fact is that Peverelist’s own output continues to be just as exciting as that coming from Bristol’s new faces. Of late he’s taken to collaborating with guys like Kowton and Hodge, and his vinyl-only Livity Sound imprint has proven to be an intriguing adjunct to Punch Drunk. With this sort of resume, we were thrilled to have Peverelist put together an exclusive mix for the XLR8R podcast series and true to form, he’s delivered something that celebrates the latest sounds of his hometown. The mix is heavy on tunes from the aforementioned artists and a few other Bristol up-and-comers; over the course of an hour, there are lots of drums, lots of bass, and plenty of reasons to listen intently.