The rise of Pional (a.k.a. Miguel Barros) has been a gradual one over the past […] 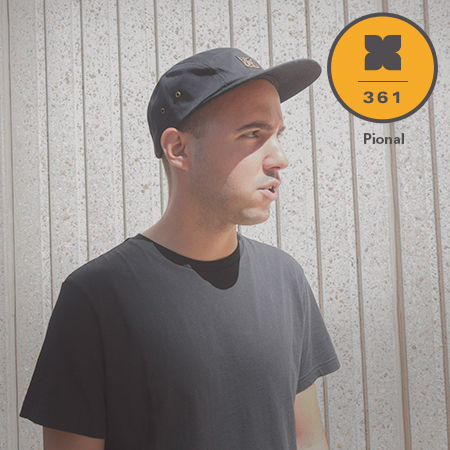 The rise of Pional (a.k.a. Miguel Barros) has been a gradual one over the past […]

The rise of Pional (a.k.a. Miguel Barros) has been a gradual one over the past few years, but 2014 feels like the year in which the Madrid producer has properly stepped into the spotlight. He’s long been associated with John Talabot and his Hivern Discs label, and though Barros has been issuing solo work since 2010, including efforts for both Hivern and Permanent Vacation, he was for a long time best known as the “other guy” in Talabot’s live show and the man behind the poppy vocal hook on “Destiny.” That began to change in late 2013, when Barros signed on with Young Turks to issue the Invisible/Amenaza EP. Combined with an increased presence on the DJ circuit as a solo artist, the record garnered Pional plenty of new attention, and his latest effort, an official release of the hotly tipped “It’s All Over” (one of the star tracks from Talabot’s stellar DJ-Kicks mix album), is arguably even bigger. As such, we felt the time was right to ask Barros to put together an exclusive mix for the XLR8R podcast series.

As one might expect, Pional’s penchant for drawn-out melodies and loosely Balearic sounds makes Talabot an obvious comparison, but Barros’ work has always been marked with a subtly poppier flair. That holds true here, as his mix is largely a collection of melody-driven, slow-burning house, but several tracks include catchy synth riffs and vocal passages. It’s tempting to call it “indie,” but it’s more that Pional is simply an artist who’s balancing his passion for the dancefloor with his love of a good pop song. It’s a tricky balancing act to pull off, but at least for now, he’s walking the line very effectively.