In the run-up to an appearance at Decibel, a pair of Barcelona-based Italians work their house-music magic. 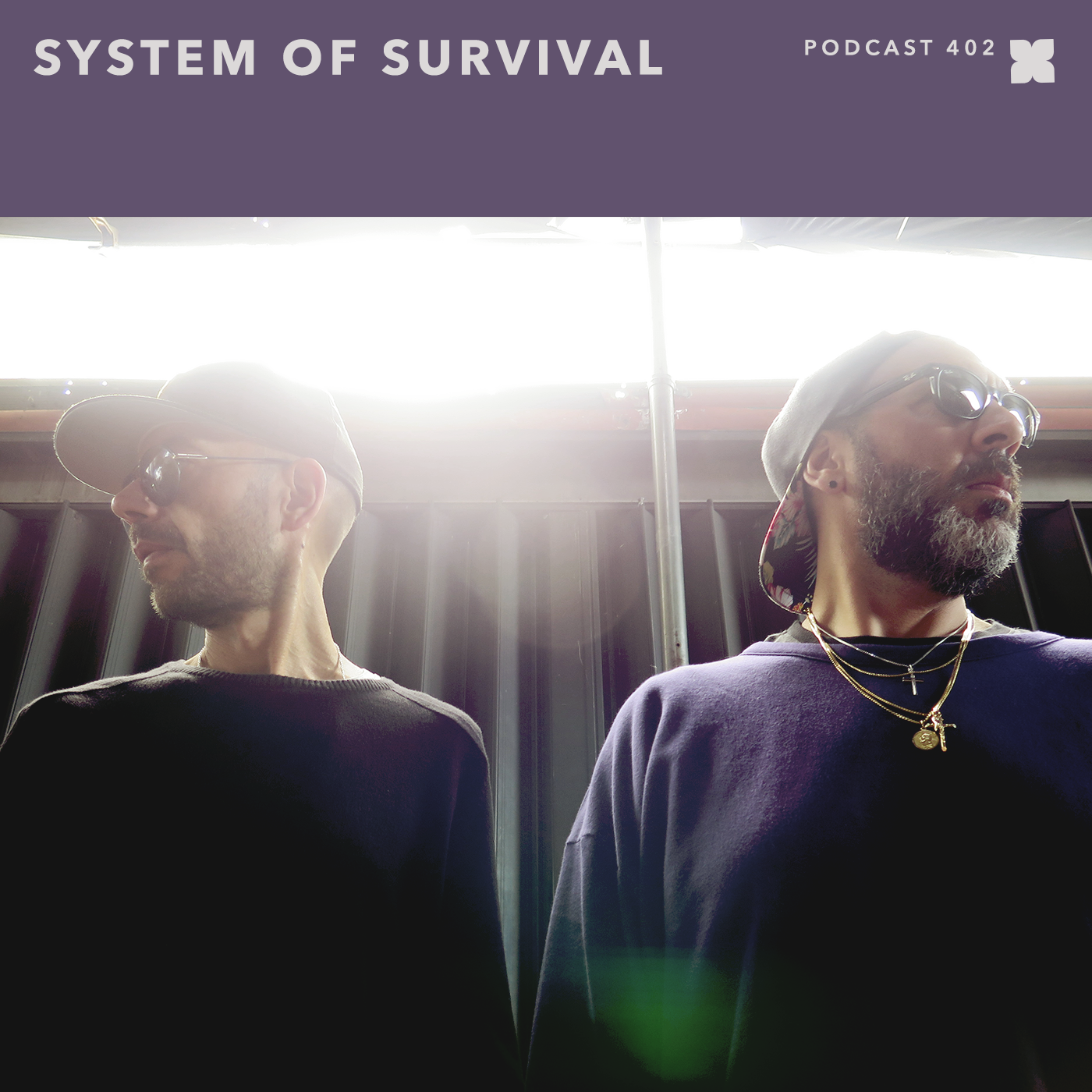 In the run-up to an appearance at Decibel, a pair of Barcelona-based Italians work their house-music magic.

Luscious, deep, infectious and emotive: All of those adjectives, and a bunch of other thumbs-up terms as well, describe this week’s podcast. It’s a mix that could only come from an entity steeped in classic house tropes—and in this case, that entity is System of Survival, the Italy-born, Barcelona-based duo of Pietro “Bingo” De Lisi and Alex Carpentieri. Spinning together since 1989, the longtime Circo Loco residents have been releasing tunes under the SoS banner for the past decade and a half, with tunes out on such beloved labels as Freak n’ Chic,Vitalik, Rebirth, Get Physical and the label that put out the pair’s recent and utterly groovy Foundation EP, BPitch Control. But it’s as DJs that the pair really shine, hence this beauty of a set. “Bingo has a soul and funk background,” Carpentieri has said” whereas mine is more Detroit or Chicago techno-inspired”—and that dichotomy shows in the mix. Kicking off with a series of boogie-kissed, Rhodes-piano–heavy cuts, including Trus’me’s Teddy Pendergrass–sampling “12:12,” Etienne De Crecy‘s ever-glorious “Prix Choc,” and “Kutting,” a teaser off a new album that the pair have in the works, the set builds into jack-the-house territory via cuts like Tyree‘s “Tasty Herbs,” Mayday‘s “Nude Photo ’88” and Head High‘s “Power Seat,” before culminating in the full-bore glitterball goodness in the form of Moon Boots‘s edit of Dayton‘s “The Sound of Music.” If you dig what System of Survival have to offer here (we think that you will), check out De Lisi and Carpentieri when they play alongside M.A.N.D.Y. and Doza—on a boat!—at the upcoming Decibel Festival on Saturday, September 26.