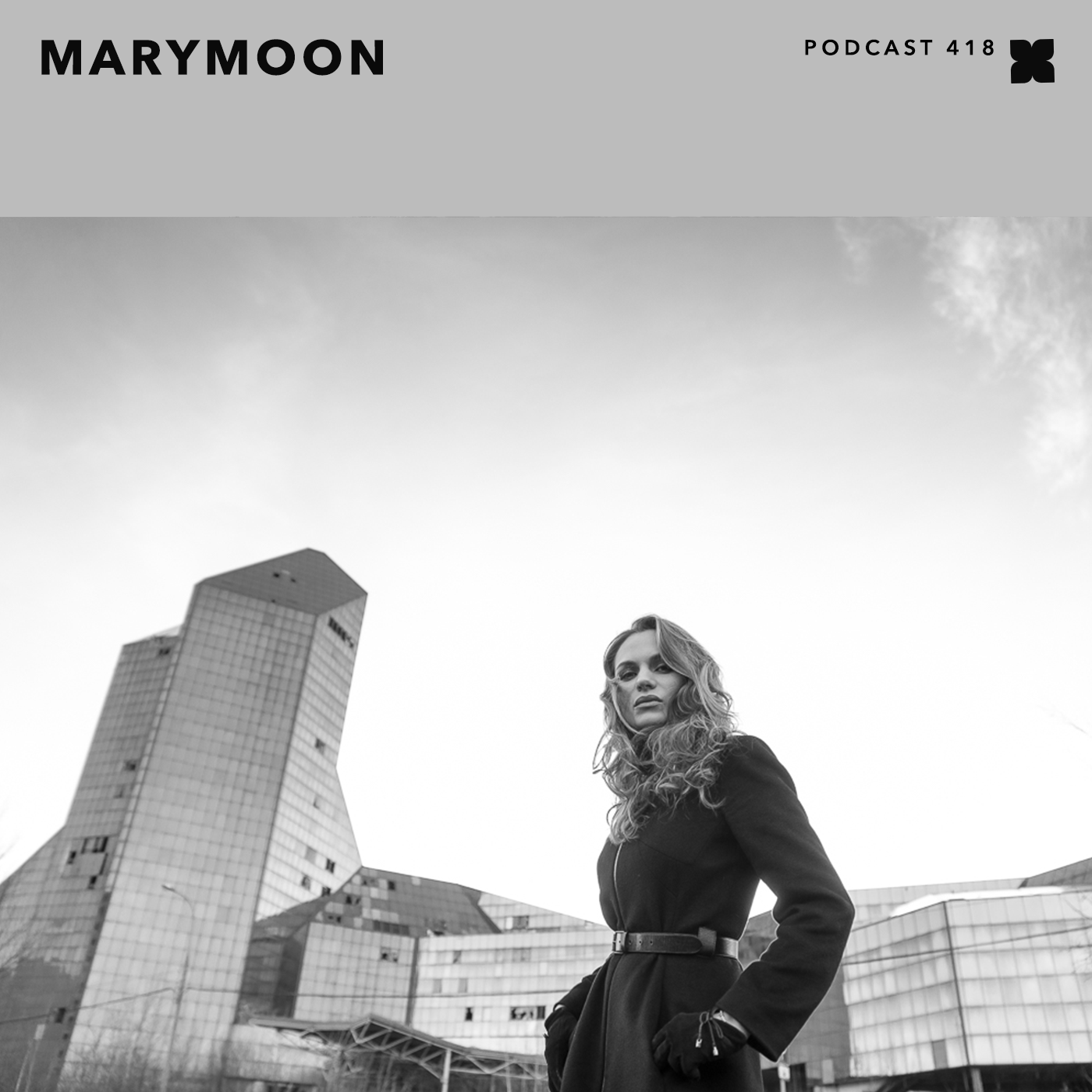 Dramatic, moody, and full of mystery—that’s the vibe of our latest podcast, the next-to-last installment of the year. This finely-crafted mix is the creation of Marymoon, a talented purveyor of emotive electronic sounds who’s been something of a world traveler in recent years. Nowadays based in St. Petersburg, Russia, she’s already had a rich career: Graduating from Sotheby’s Institute of Arts, she organized and curated an series of multimedia exhibitions in London, St. Petersburg, New York and Venice (for the Biennale, no less). But it was a stint in LA spent with a studio full of drum machines and modular synths that sealed the deal, serving as the period in which Marymoon refined her deep-yet-jacking style. A release on the Human Resources label, the Over You EP, followed—as have a string of DJ gigs that have taken her from Burning Man to Ibiza, as well as the debut of her live set at the Moscow edition of the burner-affiliated Decompression party. There’s plenty more on the way, and we can’t wait—give a listen to her set, and we suspect you’ll feel the same way.

What can you tell us about this mix?
First of all, I am extremely excited to share that I used only tracks from Russian producers on this podcast, and it really captures a unique Russian spirit. It’s a bit dark, dubby, and minimal, but also very melodic. I feel that the selection really shows the deep emotion and intense feelings I experienced upon returning to Russia after traveling the world, immersing myself in the music world and making so many amazing friends. The feeling reminds me a little bit of unrequited love, where you want to be with someone but you can’t. As such, it is a bit melancholy and emotional, and I feel that it really tells a story and puts the listener inside that feeling with me.

What was your methodology for constructing this set? Where was this set recorded?
Usually when I perform, I like to DJ on CDJs, and perform live with Ableton Push. But for this particular mix, I used an Ableton software and controller-based setup in order to carefully construct the set and make the most of the minimal elements in my track selection, using loops and effects and lots of layering. The set was recorded at the Audio school studio in Moscow.

What’s coming up for Marymoon in 2016?
I plan to continue with more record releases, starting with my next tech-house EP, and work more on developing my live performance into something more peak-hour and driving, and that include more of my latest productions. I will be testing some of this out at my upcoming DJ set on New Year’s Eve in Moscow.

You can catch Marymoon at Moscow’s Mendeleev on New Year’s Eve.