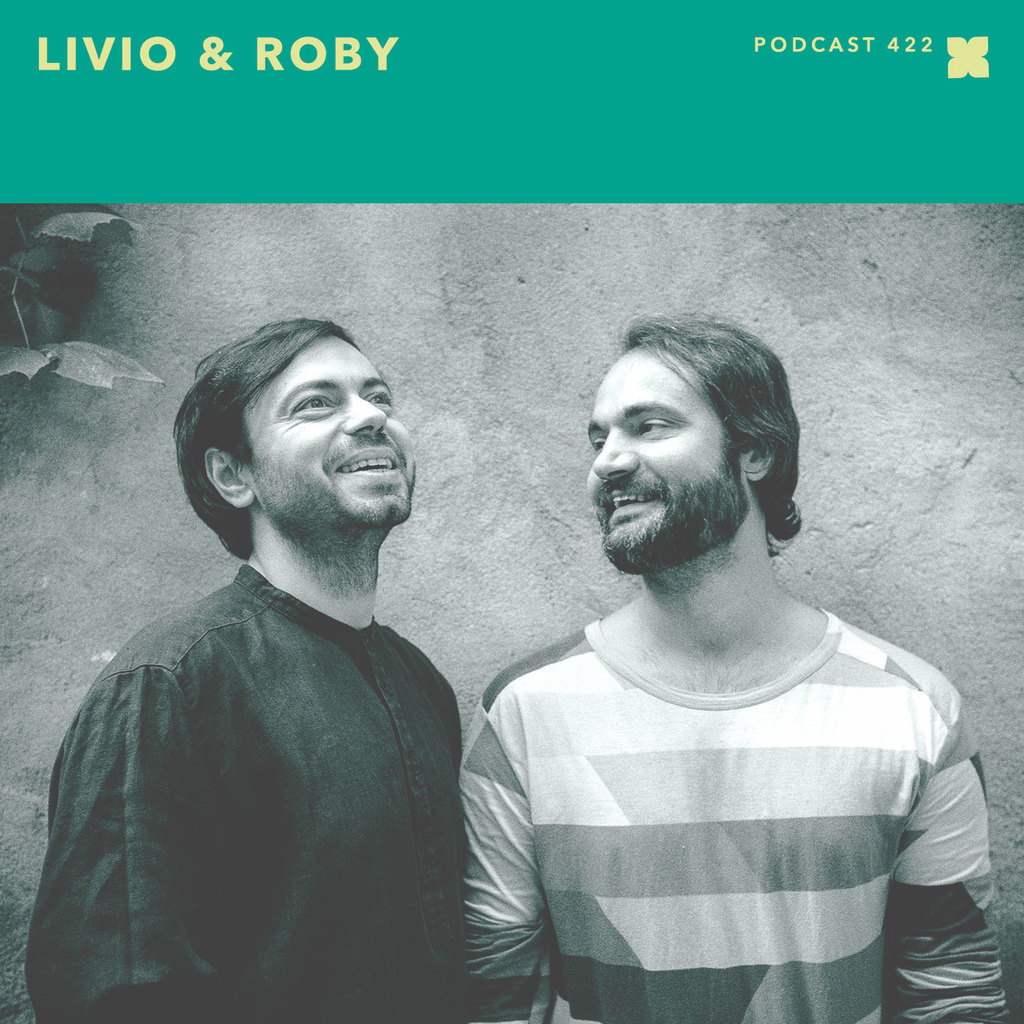 In our recent article on the thriving Romanian scene, we highlighted Robert Precup and Silviu Sandu (a.k.a. Livio & Roby) as two artists to have tread their own unique path out of Bucharest, towards global success. For over a decade now, they have been the production team behind a wealth of sophisticated house-esque releases (as well as working alongside George G under the Premiesku alias), crafting a sound distinct from the more lo-fi, minimal constructions typically associated with the region. Naturally, it didn’t take long before they were picked up by some of the genre’s heavyweights, such as Loco Dice for Desolat, as well as releasing on the likes of Cécile, Vakant and Drumma.

It isn’t just for their productions that the pair are famed, though—both at home in Romania or further afield, they have taken their live shows and DJ sets to clubs both big and small for as long as they have been releasing their own tracks. This week’s podcast is an example of their DJing prowess, as Precup and Sandu take to the decks for an exposition of the kind of four-to-the-flour beats they are now famed for. Expect plenty of chunky kicks and hi-hats to match, with the duo rolling through an hour of seamless blends that show their years of experience.

This is what the duo had to say on the mix, and the issues surrounding it.

What equipment was the mix recorded on?
This time we used CDJ’s and a Rane empath mixer (grandmaster flash edition).

How do you perceive the vinyl v digital debate, and, even to an extent, the analog v digital debate in the production sense?
We love vinyl and we prefer any analog format. When we play we use both, vinyl and digital, but if all the tracks were on vinyl format then that would definitely be our choice. At the same time, however, that’s not really possible and we have a lot of unreleased music which sounds good and we want to fit in our mixes. The second debate makes sense up to a certain point. We are using analog gear in the studio because it sounds better and gives us a wider spectrum. However at the end, everything goes through digital, because even when you press vinyl, the audio is processed digitally beforehand. So, in order to keep it completely analog artists and the industry must find a solution in order to preserve it on analog format all the way up to the stage of vinyl pressing. This would be a win-win situation! But still, material created on analog gear has a special warmth even though it goes digital afterwards.

The mix is comprised of almost entirely unreleased tracks. Was this intentional?
It wasn’t intentional at all. We didn’t really have this in mind when selecting the music. We just wanted a certain type of flow and picked the tracks which were fitting together.

Do you purposely not release some of your own tracks to ensure that you are the only ones that can play them/retain track exclusivity?
That’s an interesting angle! Maybe sometimes we do this without realizing, really. Personally we are not really into keeping everything for ourselves but of course, sometimes it’s nice to surprise people with something they’ve never heard before.

How did you approach this mix in comparison to a regular DJ set and a Premiesku live set?
A Premiesku live set is based on a different concept, and of course, has a different flow. Tracks are being built live on machines. I am sure that a home DJ set must be also different comparing to a club one. I might say we had a nice view when we did it, the garden was right in front of us and maybe we entered in certain state. This is the approach I would say…a particular condition in a specific moment.