Marking the release of their sophomore EP, the duo serve up 60 minutes of bassy joy. 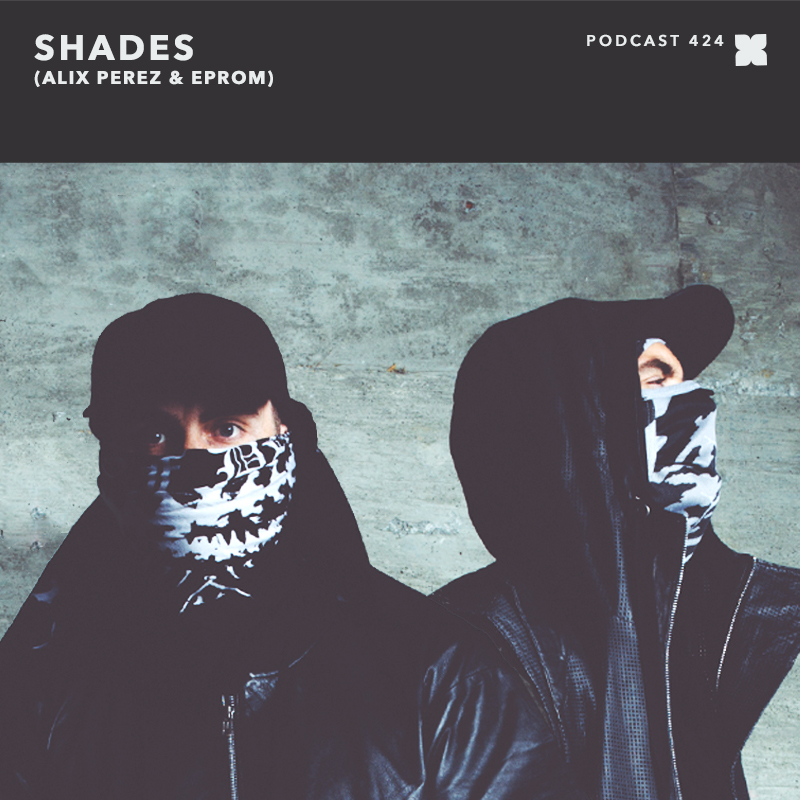 Marking the release of their sophomore EP, the duo serve up 60 minutes of bassy joy.

Alix Perez is the alias of Alex Depauw, the established drum & bass producer originating from Charleroi, Belgium. EPROM is the long-term adopted moniker of Alexander Dennis, a West Coast artist with early roots in mid-tempo bass and hip-hop. Together, they form SHADES, a collaborative project conceived in the summer of 2015 after they teamed up to work on Foreign Beggars’ Modus EP. Following the release of their debut self-titled EP via Alpha Pup, the duo have now returned with Powers of Two, a four-tracker that forms a perfect progression from the first and finds a luscious middle ground between the artists’ diverse musical backgrounds. To mark the EP’s February 5 release, and the start of their live set, we invited Perez and EPROM for their contribution to the XLR8R‘s podcast series. This is what they submitted.

Here’s what the guys had to say about the mix.

How and where was the mix recorded? How did you put this mix together?
We did it in our respective studios, between Portland and London, using Ableton—which we’ve been using for our live shows recently.

How long did you think about the mix before you actually started recording?
Its actually somewhat similar to the live shows we have been doing, so we thought about making some minor changes to keep it fresh and more in line with our second release. We’ve only just begun touring this so we wanted to share more of what a live Shades set is about.

How did you select the specific tracks you wanted to include?
We just wanted to showcase some of our new and released stuff, as well as certain artists whose productions we are feeling at the moment and from the past.

What kind of feel were you going for on this mix?
Gritty, crunchy, and progressive.

What else has 2016 got in store for you?
We’ve got a handful of European and North American festivals, and a bunch of new music in the pipeline. As solo artists, we both have a host of our own releases and shows throughout the year. Our 2nd EP is out 5th February.