In advance of this week's DGTL performance, the Ukrainian duo provide a 60 minute improvised live set. 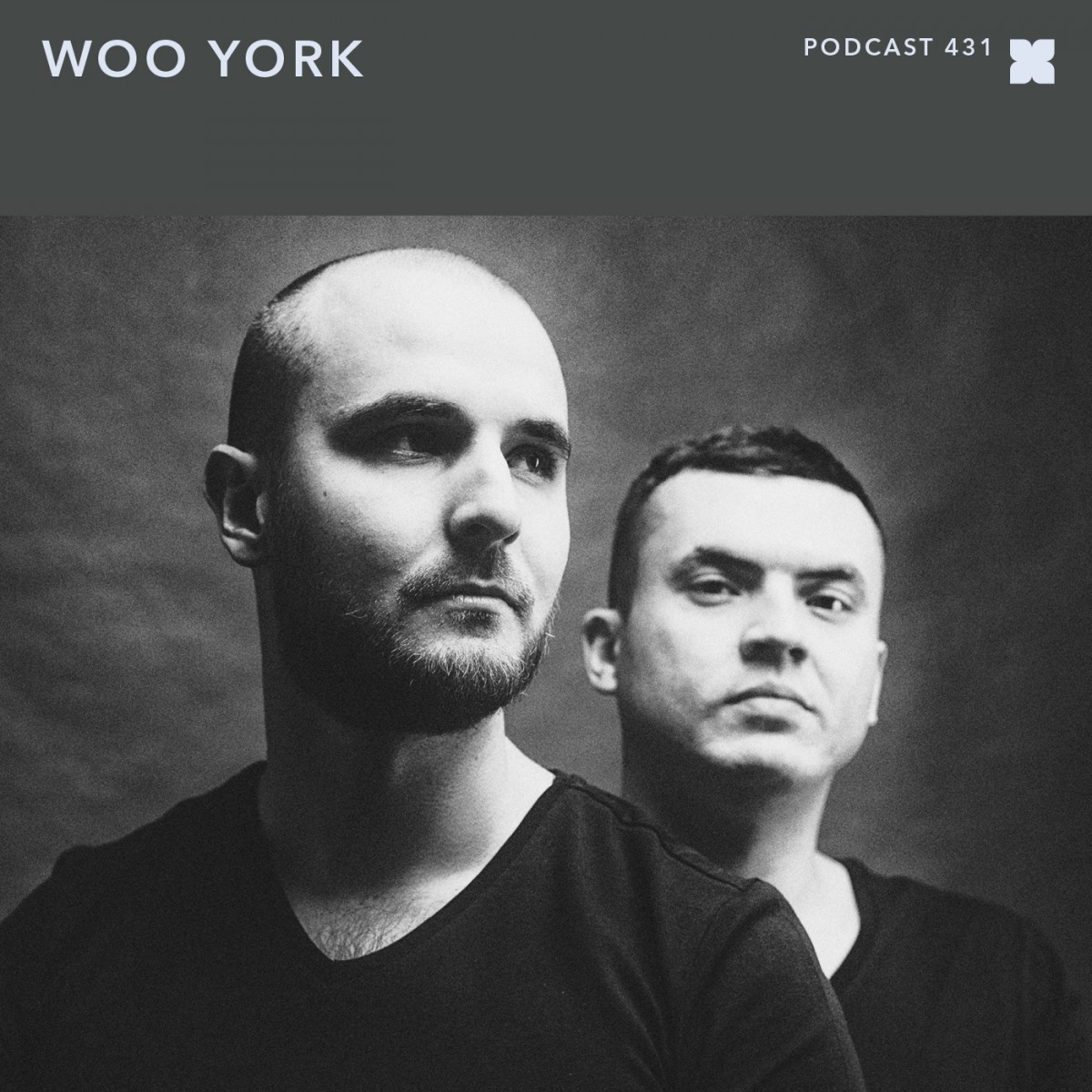 In advance of this week's DGTL performance, the Ukrainian duo provide a 60 minute improvised live set.

Though enigmatic and media-shy, Ukrainian duo Woo York have been a staple in many techno fans’ diets after their 2012 releases on Soma Records and Planet Rhythm. In the studio, they have been nothing short have of prolific: There has been a continual stream of releases, shared over a range of different imprints—but their biggest achievement came last year with a deeply melodic four-tracker on Tale Of Us‘ Life and Death. Their synth-heavy sound make them the perfect fit for the widely-respected imprint, and so it came as no surprise when their live set became a regular fixture at the label showcases around the globe, for many a favorite amongst a remarkable lineup of artistic talents. Marking both their upcoming performance at this year’s DGTL Festival and the start of a new live tour, the duo locked themselves in the studio for a day and put together the following fully-improvised live recording. They were also kind enough to give us some of the details on their approach on the equipment they use.

In terms of making your music, just how much of it is organic versus the computer?
To be completely honest with you, we find “organic versus computer” comparisons a little irrelevant. For us personally, the very presence of a computer in our studio is an absolute must, since it is a perfect tool for sequencing, sampling, multi-tracking and editing, while synths and drum machines are used for creating the sounds themselves. Moreover, having a computer at hand allows us to have more freedom sound-control-wise than the hardware-only setup would have allowed. We know it is kind of a trend nowadays to have the table loaded with multiple boxes and say things like, “Our setup is way more lively than the one with a laptop in it,” but we really do think that the most important point is not about what you use technically, but rather what you give to the audience in terms of sound design and energy. It’s all about utilizing the best parts of technology we have available to us, hence we use both hardware and software in our live and studio setups.

How do you translate your productions to the live stage?
Preparing new material for our live set is a rather thorough and time-consuming process. We have to think well in advance about organizing our performance in a way that would allow us the maximum control over pieces of music we have prepared, especially given that we only have limited setup available on the road.

Let’s consider a practical case: We’ve produced a new track and want to include it in our live set. What we do is strip down all the synth lines into numerous small parts and pieces, and then try figuring out which ones have to be used as samples, and which ones are to be reproduced through synthesizers in live mode. Then we prepare these samples and MIDI lines for synths. What has been described above is only one part of the process relating to synth elements—with drum patterns we don’t prepare anything prior to the show at all, but generate everything on the fly during the performance. In the end we get a lot of individual channels in use plus effect buses, signals from synths and the drum machine, additional one shots, textures etc. All these are deeply incorporated into the show which gives us almost unlimited opportunities for live sequencing. This is the very basis we build up our show on.

What is your actual set-up these days? What are the main pieces of gear that you’re using?
Today we use the following: X0xb0x synth, Roland TR-8 drum machine, Roland JP-08 synth, Waldorf Streichfett synth, Mother 32 synth, NI Machine (acting as a sequencer and FX processor), Korg Nanokontrol, and two computers used as clock generators, samplers and multi-tracking tools. On top of this, we also have two RME Fireface cards, and an iPad with application to control Ableton Live.

Is the live setup a stripped-down version of their studio? Or is it totally different, gear-wise?
While choosing gear for our touring setup, we take a number of factors into consideration. Back in the days when we had fewer international gigs, we used to travel with two trolley bags, two backpacks stuffed with wires and gear, and quite a heavy case where we were putting two rack units with a compressor and exciter. This was a pure nightmare in terms of logistics: First of all, it was very difficult to carry all these things, and secondly this used to cause problems at boarding gates in the airports. Later on, we figured out we had to do something to minimize both the weight and the volume of our setup without losing the ability to control our set and causing harm to the sound quality. That’s why these days our touring setup differs from the one in the studio; we only take on board what’s really necessary. Basically, our current setup fit into two cases and one backpack, and represents the 30kg heavy set of gear and wires.

How do you approach crowd-dynamic changes? Do you have paths you can go down to cater to changes in crowd atmosphere and energy changes?
It all depends on particular situation, the mood, and the reaction from the crowd. There is no perfect ratio between pre-recorded fragments and full-on jam sessions really. That said, we do try not to repeat the same set even twice, hence we’re constantly adding some new material to our live set, so that we could have more options to choose from and more space for diversity. Some level of prior preparation may help to ensure a smoother, more consistent set though. The balance between frequent studio sessions and pre-show rehearsals on one hand, and good knowledge of your software/gear, and confidence in ourselves on the other, results in what we consider the freedom to improvise. That feeling is always there when we hit the stage. Also, if we feel like our efforts are being met with critical acclaim from the audience, this always enhances the way we improvise. We basically start going for it big time.