The Barcelona-based DJ-producer serves up 60 minutes of upbeat tunes. 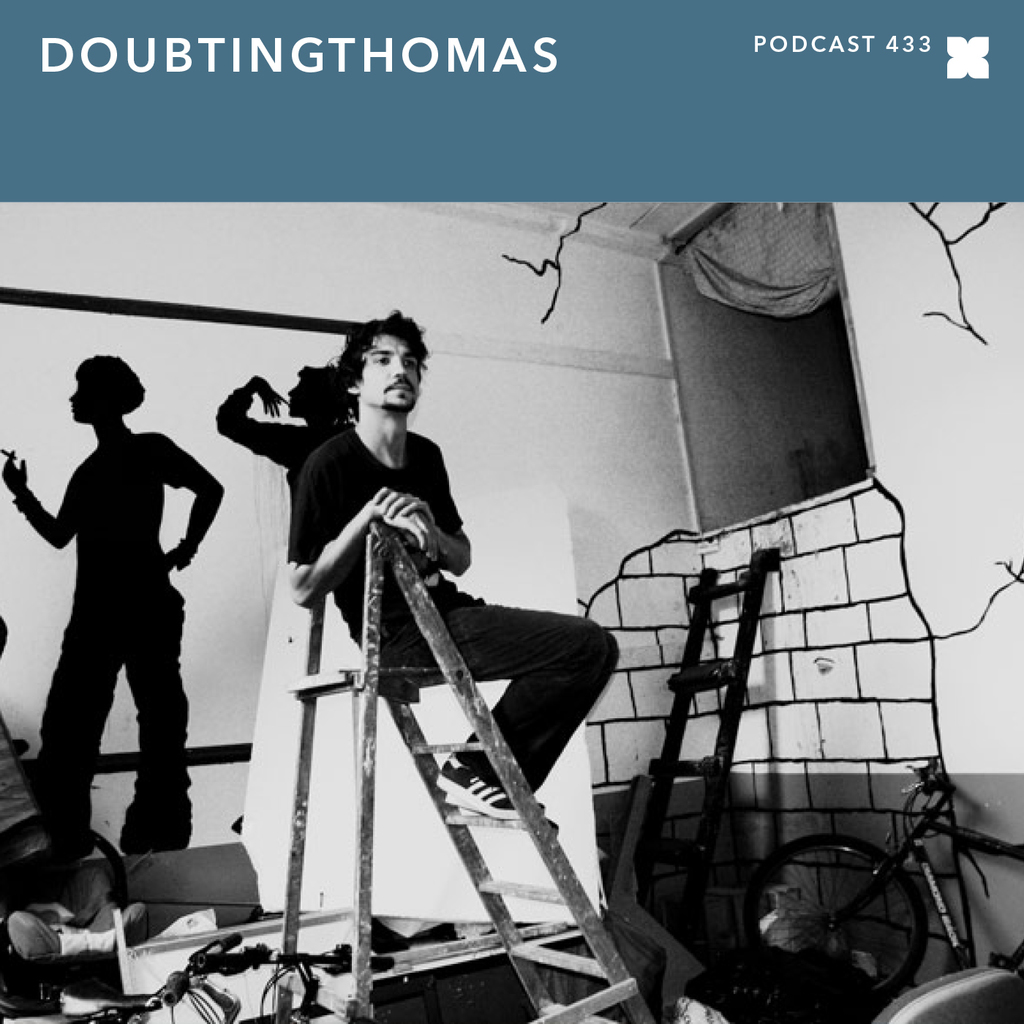 The Barcelona-based DJ-producer serves up 60 minutes of upbeat tunes.

Having generously shared some of his productions with our readers in the past, DoubtingThomas is no stranger to the XLR8R channels. Despite this, however, this is the first time we’ve had the opportunity to sit down and dig a little deeper into his persona.

The French-born artist (real name Aurélien Rivière) has been steadily carving himself a reputation since the ’90s, experimenting with a wide spectrum of genres, ranging from down-tempo to trip hop, breakbeat, jazz, and ambient. By incorporating his own field recordings into his productions, he is able to create the ethereal and melodic sounds for which is becoming more widely acknowledged. It is his live set, however, that’s been the the driving force behind his growing profile over recent years, allowing him to emanate the same mood and feeling as his DJ sets and original compositions. “I consider myself more of a musician at heart,” he explains.

Marking the recent release of his Changes EP on Catch Recordings, we decided that the time was right to invite DoubtingThomas to contribute to the XLR8R podcast series with a mix. This is what he had to say.

How and where did you record this podcast for us?
I recorded this set in my current studio, hidden away inside a tiny music school in the Gothic Quarter of Barcelona. I was looking for a good story with the tracks and I couldn’t find everything using just records, so I decided to mix both vinyl and CDs. I selected them by sticking my nose wherever I could, basically.

How long did you think about what you were going to include in the mix before you recorded it?
It took me a while, maybe like a week of research. As you probably know, I do a lot of live sets—and, for that reason I haven’t followed the new releases in electronic music as much lately, so it took a bit of time to find the right tracks. Buying stuff online, looking for records… it all takes time. On top of that, I wanted to ensure I was making something simple, not too complicated or with too many tracks. It was important to find the right balance. It was hardcore research!

“this is the beauty and power of music for me: being able to trigger feelings and memories beyond comprehension.”

What was the message or feeling you were trying to convey with this mix?
I wanted something upbeat and that would be easy to listen to without being too hard. I always try and deliver a great deal of emotion in the music that I play or create—this is the beauty and power of music for me: being able to trigger feelings and memories beyond comprehension. For this particular podcast I was mostly aiming for something that would be upbeat and generous, all while also being soft and quirky. Trying to strike a good balance between positive energies and pleasing waveforms.

What kind of approach do you take when you record a mix like this versus a live set?
I wouldn’t necessarily prepare a DJ gig as intensely as I would a live set. Before, when I used to DJ more frequently, I would pack my record bag with a bunch of records that I knew would work on the dancefloor, and then I would simply let the elements guide me organically through the process. I think live sets just suit me better; I consider myself more of a musician at heart. This is the reason why I have been mostly doing them, rather than DJing, over recent years. When I play my music out loud and I get an instant reaction from the crowd to the sounds I’m creating on the spot, that is just a priceless experience to me. This is truly the best possible reward after all the hours spent studying and researching sound techniques and compositions. For me, the challenge and intensity of each craft have nothing to do with one another, but both require a great deal of dexterity and dedication—if they are to be done in the right way, of course!

Can you tell us a bit more about your background?
I grew up in a small town in French gascony near Toulouse, lost in the countryside’s hills. I moved to London at the age of 19, where I studied sound engineering and ended up staying there for over 13 years. Following that, I moved to Berlin for three years and now I’ve recently made the move to Barcelona, closer to where I’m originally from. When I was a kid in France, I used to play noisy music in garages with all my friends, then I started using drum machines and early computer software in the late ’90’s, making beats of all sorts. It was at that point in time when I got really hooked to them and decided against all odds that I wanted to pursue this path in life.

Would you say that growing up near Toulouse, where there are obviously a lot of music festivals, had a big impact on you?
Toulouse is a very young and vibrant city, both culturally and musically. The South West of France is an area that offers a great deal of high quality festivals of many different genres of music. I grew up surrounded by good music and musicians, and it surely forged my love for music production and composition.

Do you remember your first encounter with electronic music, and what was that like?
It’s hard to say when or what was my first time. I guess in the beginning, I was really into trip hop and the soft early drum & bass genre with artists like DJ Shadow and many others from Ninja Tune.

Was there a particular track that marked you in the beginning?
I’d say Aphex Twin’s “Window Licker,” and also a video clip from Chris Cunningham that was simply mind blowing at the time. It’s crazy to think back to ’99 and remember how this kind of music used to be played on commercial radio stations or on channels like MTV. Unfortunately, these days nothing that smart or complex would ever be shown in mainstream media.

Given that you draw influences from many different genres, how do you describe your music style?
I really like to explore many different styles or genres and integrate them into my music. I like to stay eclectic by keeping a steady concept throughout my compositions and sound designs, but generally speaking, I’ll describe my style as a mish mash of sounds I like to hear.

You said earlier that you consider yourself more of a musician at heart. Would you ever consider pursuing a career purely as a musician?
The moment when I hear jazz or any classical musicians in general, is when I start having doubts about calling myself a musician too—even though I can also play a bit of everything, and compose music as well. With so many new recording and production techniques, it has become really easy for a lot of us to come up with an amazing piano riff, for instance, without having to ever really touch a piano. I have a great deal of respect for dedicated instrumentalists who devote their lives to a single instrument and master the complexity of reading music sheets and can reproduce any piece of music on the spot. What I do is different, however. I feel more like a scientist than a musician sometimes. I’ve had an ongoing collaborative project for a few years, where I work with different instrumentalists of different genres, that is very close to my heart. I guess this is my way of connecting the two ends for me by somehow enlarging my music to a wider and less club oriented audience.

We’ve already discussed your different approach when it comes to your DJ sets versus your live sets. But what about your production process? Do you have a specific plan before you enter the studio or do you improvise as you go?
I like to let the music guide me through the process of composition, one sound at a time, rather than trying too hard to make something perfect (and therefore unnatural). I try to catch a mood from tones, sometimes even by disregarding the technical aspect of things. It doesn’t always work out, of course, but i like to make music on the spot, on the same day, and not have to think about the result as much. I always try to simply record the moment and the mood in that time.

What does DoubtingThomas have in store for us this year?
I have a few EPs landing in the coming months on labels like Catch Records and Eastenderz, and I also have few other things lined up that I am still adding the final touches to at the moment. My first vinyl-only label, The Promises, is finally getting its first release pressed this month and will be launching within the next couple of weeks. It will feature more experimental, moody, and atmospheric soundscapes. My plan for the label is to release three EPs this year, as well as a full-length album in collaboration with acoustic musicians, that will hopefully be ready for sometime next year. In the meantime, I will also be touring different parts of Europe, and both South and North America, all the way until the end of summer.