The Sardinian DJ-producer provides an hour of left-field techno and electro gems. 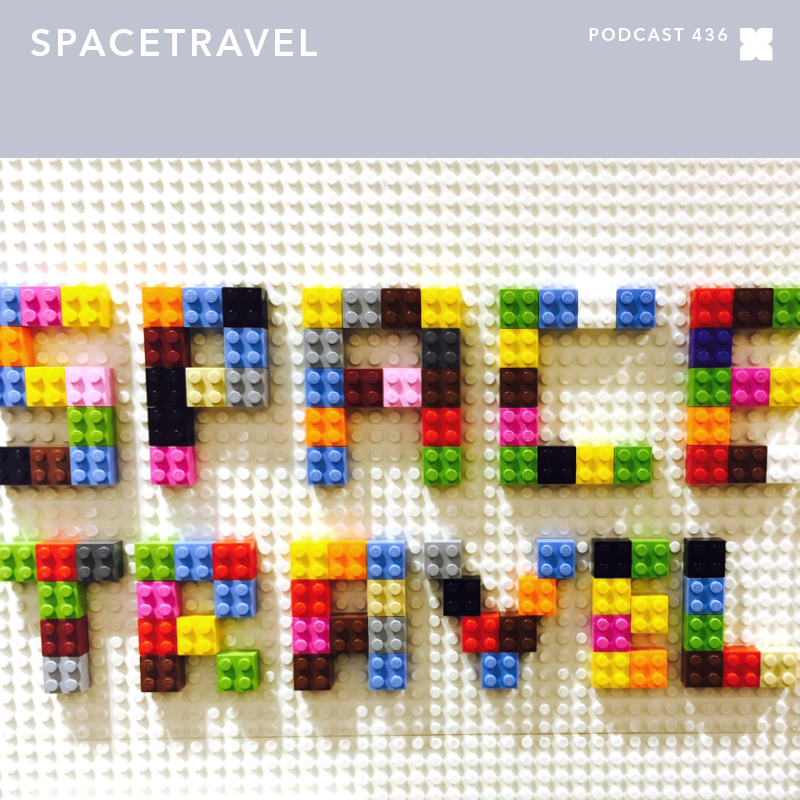 The Sardinian DJ-producer provides an hour of left-field techno and electro gems.

Spacetravel (a.k.a. Luca Cara) doesn’t have a long trail of releases behind him. But following his first EP, via Binh’s Time Passages imprint—which captured his experimental blend of futuristic techno, acoustic textures and playful house sensibilities—he has caught the attention of a number of esteemed selectors, including Vera and Alexandra who recently enlisted him to inaugurate their soon-to-launch Melliflow label. This alone is impressive for someone with such a modest discography, an accomplishment only matched by the announcement of a forthcoming double EP on Zip and Markus Nikolai’s esteemed Perlon imprint.

Up until now, almost nothing has been documented about the Sardinia island native. Pictures and interviews are nowhere to be found. His success to date has been based on musical merits alone. However, having selected Spacetravel for XLR8R’s Best of 2015: New Artist’s list, we are proud to have him contribute to our weekly podcast series. In doing so, he also gave his first interview, offering some basic insights into a typical day in the studio, the underlying inspirations behind his music, and future plans.

Can you tell us a bit about your background?
I was born and raised in Sardinia Island where I spent most of my life and where my family is from. I moved to Berlin about six years ago.

Do you remember the first time you ever came across electronic music?
I guess my first real approach was in London in the illegal rave party scene at the beginning of the 2000s. I never grew up with a guru or anything like that. I got my music influences from different electronic scenes from all over the world. When I was younger, I used to go and spend my summers in Ibiza. I did that for eight consecutive years, and it obviously had an impact on me. But my move to Berlin was really the catalyst for me to set up the music thing and really develop this Spacetravel project.

When did you start playing records?
I started playing music when I was pretty young—I’d say around 18 years old from my place’s basement in Sardinia. I started by looking at DJs play and going home to try and emulate what they were doing. Some time after that I started playing records at a famous bar in Ibiza, called Noctambula, which at the time was being run by some friends from Sardinia, and I guess the main incentive behind this was simply boredom. I just thought the music I would hear while I was out was too boring and I wanted to create more interesting tracks.

How would you describe your sound in your own terms? Would you say your artist name is evocative of the sound you’re trying to recreate through your music?
Yes, totally. I would say my sound is a mixture of everything I like, of every genre I like. Something I wanted to hear while out but never did, so I decided to create it myself in the studio. If I had to use an adjective for it, I guess I would use “fresh.”

So where does your artist name come from?
My name originated after I had already started producing music. I would listen to my tracks and deliberate on different name ideas that could fit me and my sound, but nothing ever really came to mind. One day, while I was traveling, I ran out of clean shirts and decided to buy a new one. That t-shirt had “Spacetravel” written on it, so the day after I bought it, it suddenly occurred to me that I liked the sound of Spacetravel. So basically that’s how my artist name was born—from a t-shirt!

How did you learn to produce music? Were you self-taught?
I learned by myself, alone, like a dog in the street [laughs]! I would say I was mostly self-taught, discovering things on my own, in my studio at home, with some tips from friends here and there.

How do you approach the task of producing? Do you go into the studio with a preconceived idea?
A lot of times the ideas just come to me at night. It depends on the moon I would say. That’s the type of person I am. I go every single day to the studio, so if the inspiration comes to me during the night, then the next day I lock myself up in the studio and make that sound. There’s also a lot of times when I go in there and I don’t quite know what to do or where to start, so it’s more of a spontaneous process. I turn on the machines and see what happens. I guess I would say it’s a 50/50 process. Sometimes, it’s when I don’t really know what to do, that the music actually comes out really good. On many occasions, it happens that I can end up with tracks that once they’re finished, I listen to them and I don’t really like them. But then, other people do. Music is obviously always a matter of personal taste.

Would you say you consider yourself to be a producer first or a DJ?
DJing and production are two different things that go along together for me. I personally prefer the intimacy of producing in the studio and having that freedom to express myself through my productions—it’s a really personal moment for me. While, on the other hand, playing is a moment you share with others. It’s a giving and receiving of energy between you and the people. This type of “contact” or “connection” with others is also important in helping you get new input and inspiration in the production process.

Can you tell us a bit about how you landed on Binh’s label?
The relationship between Binh and I really stems from our mutual passion for music. It just so happened that upon my arrival to Berlin, I ended up renting a room in Binh’s place. It is this connection with him that not only allowed us to share our mutual passion with each other but that opened up the door for me to the music scene in Berlin.

Would you say he’s someone that has had a big influence on your career?
Well, yes, I would say so—but first and foremost we are friends. He definitely had a lot to do when it comes to my discovery of a more mature approach in the studio. Most importantly, however, he was the first one who really trusted in me and gave me a platform to express myself through his label, and also by inviting me to play alongside of him at CDV.

What about Vera and Alexandra? Did you know them before being chosen to help them launch their Melliflow label?
As for Vera and Alexandra, I have known them both since before. The fact that they have put so much trust and faith in me by selecting my music as their new label’s first release is really great! I think it’s really important and cool that between friends we do these kinds of things to help and support each other out, and I truly wish them a successful journey with their new label!

“It’s really hard sometimes to know who is genuinely interested in you versus who wants something out of you.”

Would you say a lot has changed since you started gaining recognition and building yourself a following?
I think it’s too early for me to say that things have really changed. It can be hard sometimes to know who is genuinely interested in you versus who wants something out of you, but I always try to stay positive and avoid wasting my time thinking about those things. Even though, being so “new” in this business can also feel somewhat overwhelming at times and knowing what the “right” thing to do can be hard. At the end of the day, it’s a really great thing what is happening to me right now and I’m really happy about everything, of course.

What else is coming up for Spacetravel?
I’m not the best at making plans but for sure lots of new music is coming ahead. If I project myself into the future, I just see myself in a not-so-different place from where I am now. I already enjoy my life and what I’m doing so I just hope I’ll be able to reach more people with my music so that we can go on this journey together with awareness.