The LA beat-scene savant twists together an hour of avant-garde cuts, including a world premiere of a forthcoming GLK track. 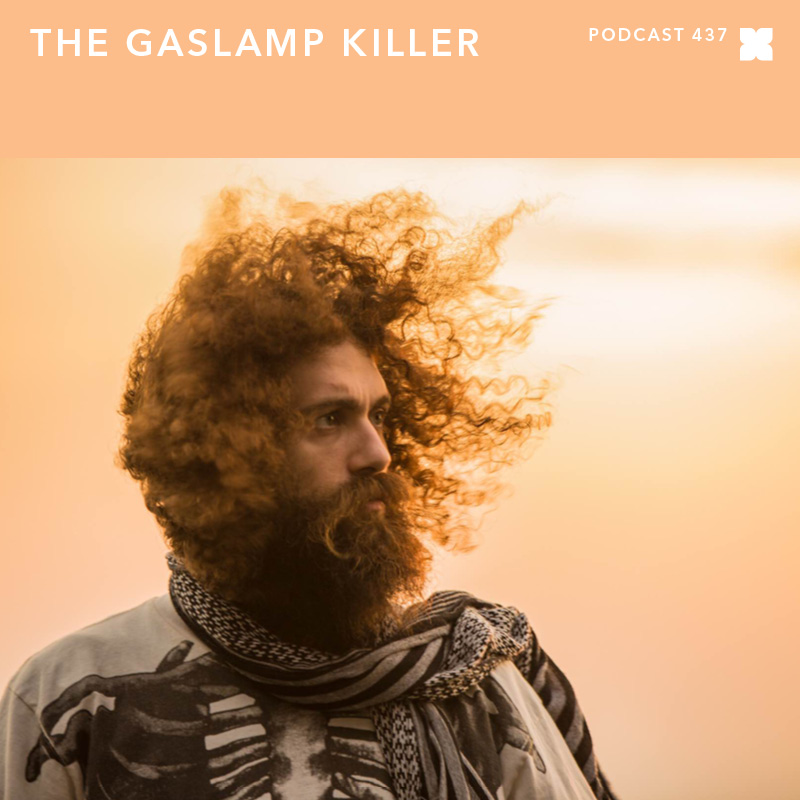 The LA beat-scene savant twists together an hour of avant-garde cuts, including a world premiere of a forthcoming GLK track.

There aren’t many electronic musicians alive today that possess the same aura and pure fan wonderment as William Bensussen (a.k.a. The Gaslamp Killer). His worldly, psychedelic musical offerings pull from a wide-ranging pool of influences, from Turkish psych to Ethiopic jazz, Middle-Eastern rare grooves and beyond, and have landed on labels such as Flying Lotus’ Brainfeeder, Alpha Pup, and his own Gaslamp Killer Music. In November, 2013—just four months after his near-fatal scooter accident—he worked with some of Los Angeles’ best instrumentalists, including Kasamai Washington, Amir Yaghmai, and Gene Coye to name a few, to create new arrangements of Gaslamp Killer’s original compositions for The Gaslamp Killer Experience, which would be performed live at LA’s Mayan Theatre. Needless to say, the sold-out show was a mind-blowing performance for those lucky enough to attend, and the one-take recording has since been released to great acclaim, with the show also travelling throughout the world.

A founding member of LA’s notorious, genre-bending collective and club night Low End Theory, Bensussen’s chops behind the decks match that of his production output, resulting in a frenzied and often polarizing melting pot of disparate rhythms and bass-heavy beats. His record collection is rumored to be sitting around the 14,000 mark and his mixes are some of the most eclectic and celebrated in electronic music—you’ll likely hear Portishead sitting next to Kutmah, DJ Shadow, Can, and Placebo. And that’s exactly what you get with his edition to the XLR8R podcast series: A brain-melting amalgamation of his latest and greatest avant-garde cuts, with tons of exclusives, all mixed with his surgical precision.

How and where was the mix recorded?
I recorded the mix at my home studio here in Mount Washington, California on two turntables and a Pioneer S9 deejay mixer using Serato and Pro Tools.

What were your intentions for the mix?
I wanted to give my worldwide listeners a current selection of tunes I’ve been playing every week at Low End Theory. This mix contains a bunch of world premiere exclusives that I’m honored to have flipped.

How does your approach to a mix differ to one of your DJ sets?
With my mixes I’m able to get surgical with it, rather than my usual wild style you’ll find from me on stage. It’s a different side of me that I rarely get to share.

How did you select the specific tracks you wanted to include?
I have a few low end theory playlists that I pull from on Wednesdays at the club, so I already had a lot of the songs in mind for this mix.

What else have you got coming up this year?
I am very happy to say that I am in the process of mastering my new album with Daddy Kev as we speak. I’m world premiering one of the songs on this mix actually. Can’t talk too much about it yet, but there will be plenty of announcements coming soon. This will be my second studio album and I think it’s my best yet. I’m very excited to share it with the world in the coming months.