Celebrating the Kerrier District re-issue, the long-serving British producer delivers a mix as colorful as his discography. 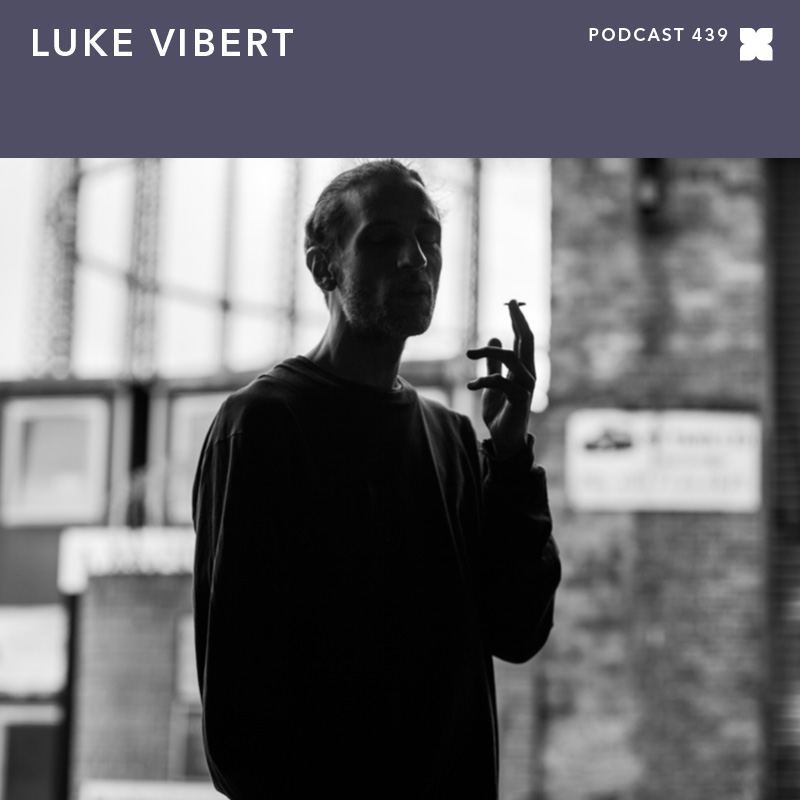 Celebrating the Kerrier District re-issue, the long-serving British producer delivers a mix as colorful as his discography.

Luke Vibert is likely to have touched many different ears, in many different ways, having had such a varied production history. One of his most revered projects was Kerrier District, an alias with which he made disco-infused house jams. Recently, Hypercolour set about reissuing the seminal debut album he made under that name, and Vibert has put together a mix for us this week in celebration of that repress. We leave it to Bill Brewster (and a host of other fans) to explain exactly what it is about that record that makes it so important.

Disco’s DNA is at the core of all dance music—never more so than with house. So, it’s no surprise that disco revivals have been happening at regular intervals since its untimely death somewhere after Chicago’s unfortunate Disco Demolition Derby at Comiskey Park on July 12 1979. It could be argued that house music itself was little more than a disco revival in the first instance, since it was almost entirely built on the smouldering ruins of its forebear. It’s not for nothing that house’s lamented godfather Frankie Knuckles described it as, “disco’s revenge.”

Since then we’ve had innumerable revivals, notable among them the nu-disco gold lamé rush of the mid-’90s, spurred by Faze Action and the Idjut Boys, and in the early noughties, driven by Metro Area, the rediscovery of the Black Devil Disco Club and Luke Vibert’s Kerrier District project.

What was different about this latter revival, however, was the original source material. Eschewing the usual triumvirate of Salsoul, Prelude and West End, both Vibert and Metro Area drew deep from what was arguably a more European tradition, encompassing Italo-disco, various disco-not-disco oddities and, especially, European library music (which didn’t even exist in the United States).

Released in the midst of the minimal house explosion—M.A.N.D.Y. & Booka Shade’s genre-defining “Body Language” was released the following year—and the remnants of electroclash, Kerrier District’s disco volte-face took all of these elements and fused them with a distinct Cornish acid-house sensibility to produce an album that worked both as home-listening and rump-shaking.

“As a snotty little know-all kid who measured everything against Autechre, I never checked the disco section,” admits Simian Mobile Disco’s Jas Shaw. “Then there was a double hit, the Black Devil Disco re-issue and the Kerrier District record, in the same year. Both records had the strange, acidic quality that I knew and loved, but this was not electronica. Unlike the syrupy pop that I written off disco as, this was sleazy, wonky atonal stuff that made complete sense to me. So, before you can say Cerrone, I’m digging out Italo and nu wave records and getting very excited about Metro Area.”

But Kerrier District is more than a pastiche. Although you can hear echoes of Gino Soccio and Bernard Fevre, there’s also something distinctly Vibert-like about it, too; in the humour of the samples, using well-worn disco tropes, and in the sounds that are not so far away from tracks like “Synthax.” It’s Luke Vibert, but not as we know him, captain. At the time of its release, Heidi Van Den Amstel (aka DJ Heidi) was working in Soho’s Phonica Records: “It stood out because I had never heard music like this before. It was definitely a breakthrough sound: acid-infused, mind-melting disco. I played this pretty much everyday in the shop until everyone else that worked there muscled me out.”

Now you don’t have to be muscled out or, perhaps more pertinently, priced out (it now fetches around £40-50 second-hand) because Hypercolour is re-releasing the original album on vinyl, with the second Kerrier District EP added to the CD and digital packages. Do Luke a favor (and more importantly yourself), and grab while you can.

Ahead of the reissue of Luke Vibert’s classic Kerrier District LP on Hypercolour, we spoke to a handful of other DJs about their experiences with the album:

Ruf Dug
“I was in Sydney when the first Kerrier District dropped, and I remember it causing lots of confusion; all the IDM-heads couldn’t cope with one of their heroes making disco music! Shortly after its release, Vibert toured Australia and that was the cue for more confusion—watching a bunch of cool-as-fuck disco nerds getting their heads ripped off by mega-chopped amens was pretty excellent.

Listening back to it again now for the first time in a while, I’m struck by how well the tracks have stood the test of time; the more mean-spirited folk dismissed this record as a Metro Area knock-off, but it’s so much more than that. I hear Floating Points; I hear Future Times; I hear Leon Vynehall, Vakula—and all their second-rate imitators. With what was essentially a side project, Vibert laid down a blueprint for the next ten years of dance music—and beyond.”

Charles Webster
“It’s an album that’s always stayed with me—very honest and genuine. House music has very few proper and effective long-players in my opinion, and I feel this is one of the few.”

Gerd
“I spotted the Kerrier District LP while going through the new releases of the week at the Clone record store on a rainy afternoon. It must have been at least 10 years or so ago. The artist name, Kerrier District, was new to me. The label wasn’t. I have followed Rephlex from the very beginning. And the producer, Luke Vibert, wasn’t new to me either, as I bought stuff from him under his own name and aliases such as Wagon Christ and Plug before. When I listened to the record it blew me away. I heard a fine mixture of disco, electronics and a lot of fun! It was two years ago that I re-discovered the record when going through a part of my record collection preparing for a gig. It hasn’t left my box since then. The two tracks I play out regularly still are “Illogan” and “Let’s Dance and Freak”. But to be honest, all tracks are great. Good to see the Hypercolor re-issue coming up!”

Mark Farina
“It’s a timeless fusion of analog techno funk that still sounds as fresh today as it did when it first dropped in 2004. “Yesco,” “Silhouettes” and “Disclix” have satisfied many dancefloors worldwide for me in the last decade.”

Chaos in the CBD
“I first came across the album sometime in 2009 when we were starting out (five years after its initial release). “Let’s Dance and Freak” quickly became a staple in our sets, and it still absolutely smashes up the dancefloor today! “Disco Bus” also made many monotonous commutes to university much more bearable. It wasn’t until we moved to London that I made the Vibert connection. Thrilled to see the album get a much deserved re-release!”

Luke Solomon (Freaks)
“I think that around the time I bought the record—it was 2004 roughly, I think—I had a residency at The End. My greatest slot as a DJ has always been warm up—setting the room. I learnt the art week in week out at Bar Rhumba in Soho at Space. I then became Derrick Carter‘s warm up DJ by default at The End, just because my energy suited that place early on. I then transferred my residency from there to the AKA, where I used to play all night long a lot of the time. This was one of those records that contained a mood for all moments. Early doors, change of mood, and closing the club. The production, the vibe, and the art itself.

It’s such a brilliant album that still stands up in a world where lazy producers have reverted to the default disco edit option. This shines like a light.”

Chrissy (Nite Owl Diner)
“It was 2004, I was living in Kansas, and I was really disillusioned with the current state of dance music (this was peak electroclash, if you remember). I was mostly ignoring new releases and just delving into all my old disco and house records, and my friend Kyle says to me, “Hey, Wagon Christ has made a disco album, it’s right up your alley.” I’d loved Luke’s stuff as Plug and Amen Andrews, so I went to the record store to check out this disco album. It wasn’t really disco at all, but it was a fantastic record—it incorporated a lot of different sounds and influences, from disco to house to IDM, into this hybrid thing that was totally unique. As a young producer struggling to find my voice, it was artists like Luke Vibert that really showed me I could make whatever kind of music I liked, instead of worrying about sticking inside one specific genre or scene. I’m really glad for the remastered reissue of this, as my old copy is rinsed to death!”

Ralph Lawson (20:20 Vision)
“The Kerrier District album dropped on us from outer space at a time when we were getting bored of the same old sounds. A new scene emerged, mixing a love of classic disco with pure electronic tones—Morgan Geist and Metro Area, Daniel Wang, Chicken Lips and Black Strobe all contributed. As with all his music, Luke Vibert’s Kerrier District, stood out form the rest with it’s unique blend of analogue squelches, warm chords and laidback beats. It’s perfect for warm ups or warm downs, balearic sunsets or the newly emerging Croatian boat parties. Kerrier District found it’s way into every cool, discerning DJs box and there it stayed, and stayed, and stayed. In fact did it ever leave ? My vinyl is now scuffed so I was truly excited when Hypercolour re-released this classic record digitally for the very first time and just in time for summer—again…”

Olin (Smart Bar)
“Kerrier District 1 was actually one of the first vinyl 12”s I ever purchased back in… probably 2005/06? (I know, I’m a bit of a vinyl baby compared to many!). Honest to god, I had no idea that it was a moniker of Luke Vibert at the time, which turned out to be a pleasant surprise. I bought it from Love Garden Sounds in Lawrence, Kansas, which had a not-negligible, but not far reaching dance music section. So, you could say it was maybe a bit of fate that I found something that would always have a special place in my heart right out of the gate. Disco was my first love in dance music, so to find a record that really embodied the spirit of disco, while still using the sounds of house and techno, was really intriguing to me. There was so much funk and swagger in basically every track that I hooked on out of the gate, especially as a person who was still trying to find their way in the wide world of dance music proper. I hunted down most of the other Kerrier District releases over time, and they’ve been making cameos on my turntables ever since. I’m super glad to see this get reissued so a new generation of folks like 19-year-old-me can find inspiration in them.”

Auntie Flo
“The original Kerrier District album was released at a time when I was going through an acid phase, and so it immediately caught my attention. I’d been a fan of Vibert and his various guises for a while and had booked him to play twice at a party that I used to run in Edinburgh. Around that time, we set up a short-lived spin off party called “I Love Acid” that only ran two or three times, but during that time we managed to rinse every 303 bassline we could find—old classics mixed with new stuff like this Kerrier District album.”