The Melliflow label head steps up with a mix of mind-bending club cuts. 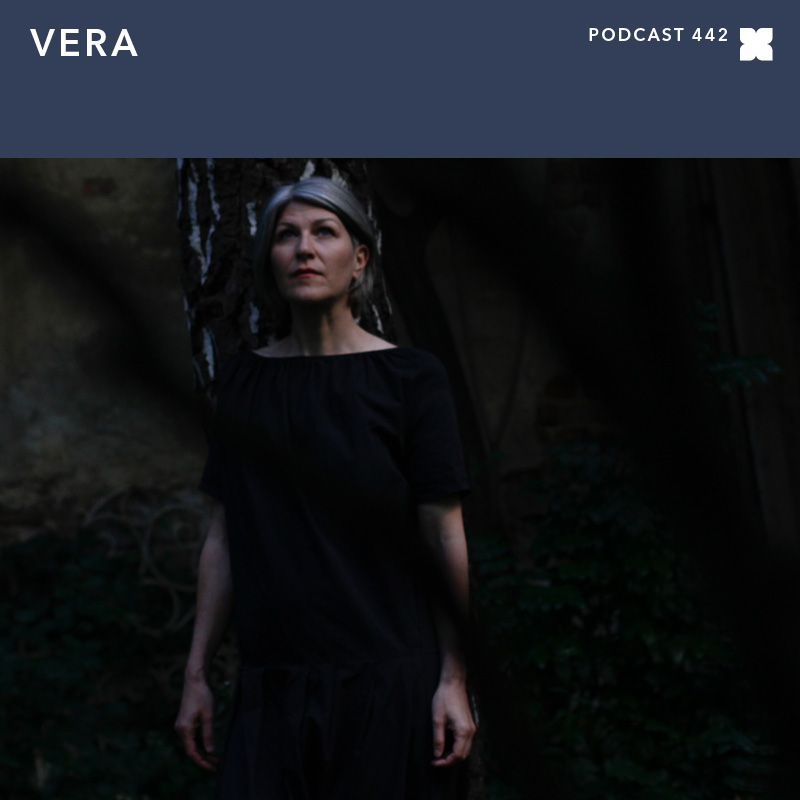 The Melliflow label head steps up with a mix of mind-bending club cuts.

Experience is always going to be one of the key factors when it comes to determining a DJ’s skills. The longer you serve in a musical scene, and the deeper that you go, the more well-rounded the end results. Behind the turntables, it means the closer you are to achieving the perfect mix: the kind you don’t hear, that melts two tunes seamlessly into one another. Equally, it means the development of a basic instinct for what tracks really work, and when. These are not the kind of traits that are endowed upon all that many selectors, though it would be safe to say that Vera Heindel is one of them.

Having grown up in Heidelberg, a town in the South West of Germany, Heindel discovered an affinity with electronic music during the ‘90s. She then spent years enraptured by the dancefloors of Frankfurt, before finally taking to the decks just before the turn of the millennium. It didn’t take long for her to begin cutting teeth at many of the leading clubs in and around city—but perhaps the most defining periods of growth came during two residencies, one at Mannheim’s HD800 and then and the infamous Robert Johnson of Offenbach (where you’ll still often catch her nowadays). Fast forward to today, and she’s become an integral part of a burgeoning scene in her current hometown of Berlin. On a local level, that means gigs at the likes of Panorama Bar and Club der Visionaere, though she also spins at clubs worldwide most weekends.

Through all of this, she has earned a reputation for making interesting, carefully-considered selections, and for patching together bits of techno, house, minimal and electro. In part, her appeal is a result of these earlier years and the resultant expertise gained; however, it’s just as much to do with her ability to go with the flow, and adjust to ever-changing tastes and demands.

Recently she turned the page onto a new chapter of the journey, launching her Melliflow imprint alongside friend and fellow DJ, Alexandra. With one EP already out the way, and another on the way from Dan Andrei and Kozo, things look very promising for the project. Moreover, it offers Vera another avenue through which she can expose her exceptional skills in curation.

Aside from her life behind the decks, she’s also had her fair share of action in the studio. On a solo basis, she’s put minimal-leaning house records out on the likes of Hello?Repeat and Cargo Edition, as well as teaming up for collaborative EPs with Ricardo Villalobos, Federico Molinari, and, most prolifically, with Maayan Nidam as Mara Trax.

This mix has been a great source of excitement in the XLR8R podcast schedule for many months, even more so after we hosted Vera at our party in LA back in January of this year. With only a very few other studio mixes available online, we couldn’t be entirely sure of what to expect. What we received is a groove-filled hour of beautifully diverse club cuts—old, new, and unreleased—with a flow that only a few select DJs could create. It’s the sort of mix that transcends time and trends, and one that we are delighted to share.

When and where was the mix recorded?
It was this afternoon. I went to the club Ipse in Berlin to record it. They have the setup I needed, and the sound is good there.

What equipment did you record the mix on?
An Allen & Heath XONE92 mixer, two Technics 1210 turntables and two Pioneers CDJ 2000 and Sennheiser HD25 headphones. I recorded the mix on an Edirol R09 field recorder.

Did you have a specific mood/ idea that you wanted to express?
I wanted to record something more stripped down, an after hour vibe, deep, tripping, a bit obscure, with the energy flowing in waves. It was also important to me to not sound too old school, but also include some of the nice, new music that is being produced by some very talented people around me. I wish I could have included tracks of all of them, but some just didn’t fit in.

How did you select the specific tracks that you wanted to include?
The main focus of the mix was to express that vibe I described before, so I selected the tracks according to the mood and their function in the mix, rather than creating a super special track list. I listened to a bunch of records and picked the ones that resonated with the feeling I imagined for the mix.

How did you approach this mix in comparison to a regular DJ set?
In the club you interact with people; the set is influenced by the sound in the club, the vibe, your own mood in that moment etc. At home or in the studio you have nothing to work with really, nothing to react on, so automatically you start thinking more about the mix and it becomes more conceptional. I find it very challenging. It’s against the nature of DJing, somehow.

You recently just launched Melliflow alongside Alexandra. What were the initial inspirations behind starting the label?
The music and the passion that we share for it. We are both lucky to have many talented music producers among our friends, and we felt it was a good moment to create a platform for all of us and present the music we like.

You started with Spacetravel and next up is AK41. What else can you reveal about the upcoming releases?
What I can tell you is that all releases will be quiet different from each other. We are not focusing on one specific sound. We will release what we love and what we play. Our DJ sets are usually going everywhere, from minimal to techno to deep house, electro, experimental. This will be reflected in our music selection for Melliflow. If you have been following our Melliflow activities until now you might be able to get some hints on what is going to come in the near future 🙂

Did you include some Melliflow material?
Of course.

What else have you got coming up this year?
The usual—playing gigs, searching for music, taking care of the label, hopefully make some music myself again soon and also going on a long holiday 🙂

Vera plays this weekend at London’s Found Festival as one half of Mara Trax. More information here.