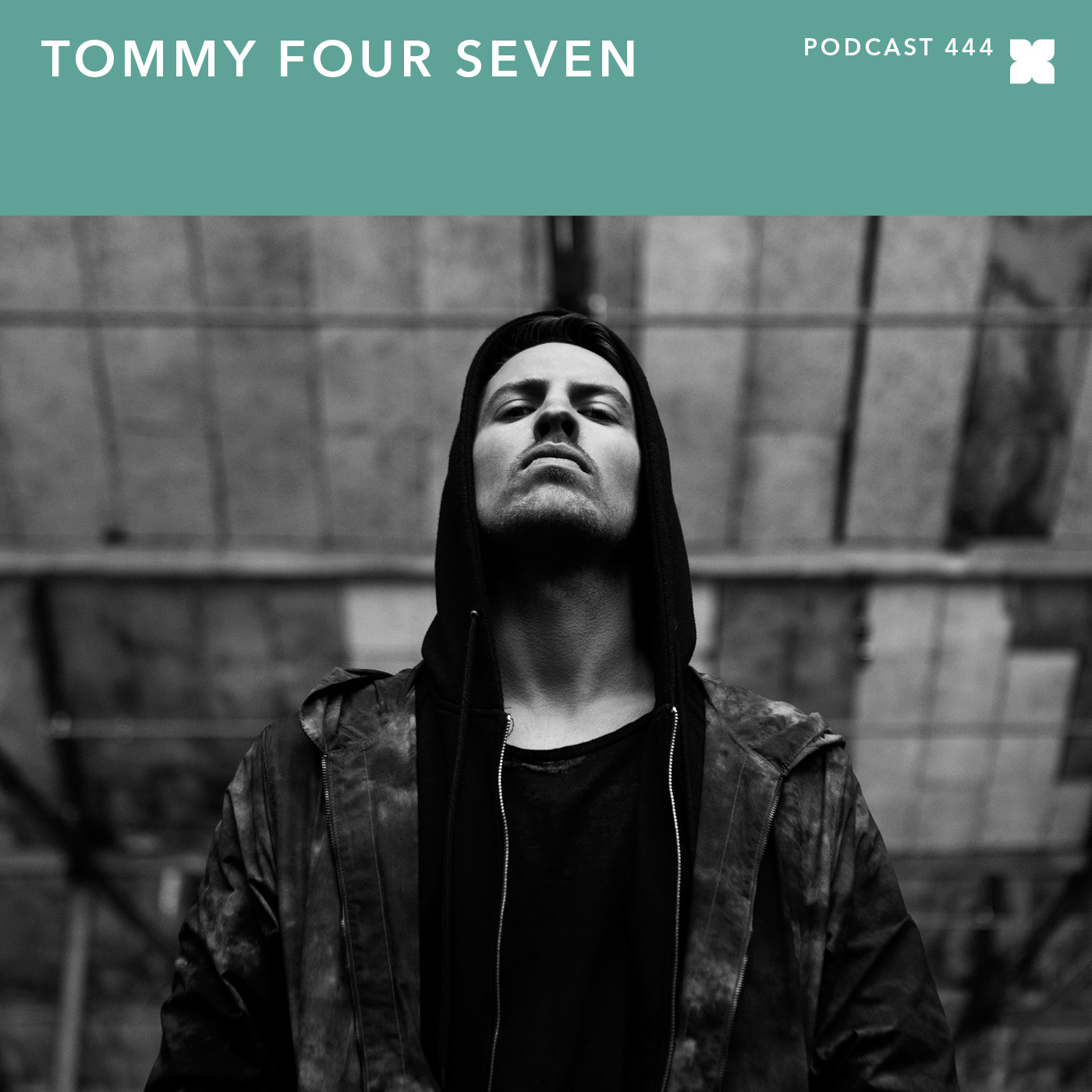 This week’s podcast comes from Tommy Four Seven, the UK-born, Berlin-based DJ-producer. In short, there are three strands to Tommy’s artistic repertoire: DJing, production, and 47, the established party series with a supporting label that focuses on supporting both emerging and established artists. As a producer, he has released on a diverse range of labels, including Speedy J’s Electric Deluxe, Chris Liebing’s CLR and Lucy‘s Stroboscopic Artefacts—but it is his skills as a DJ that he is presenting for us today.

Although techno is the sub-genre with which Tommy is most commonly associated, those who have seen him behind the decks at one of the world’s leading venues will have noted the diversity in his selections, encompassing also his signature, more broken form that can be found throughout his catalog of productions. Having recently announced the release of a new album as These Hidden Hands, his experimental side project with Alain Paul (a.k.a. Shards), we thought it was now time for Tommy to show off some of his favorite club tracks of the moment via the XLR8R podcast series.

When and where was the mix recorded?
At my home studio in Berlin on the evening of Tuesday June 21.

Did you have a specific idea/mood that you wanted to express?
The mix was put together at fairly short notice, which meant I didn’t have so much time to dig and prep so instead I selected some tracks that I’ve had on heavy rotation in the clubs this past year and hit record. It was pretty spontaneous.

How did you select the specific tracks that you wanted to include?
I scanned some previous club playlists I’d made, picked out some tunes that jumped out, and went with the flow.

How did you approach this mix in comparison to a regular DJ set?
As I’m featuring a lot of club-focused tracks, it’s quite similar, although I moved a lot faster through different styles and atmospheres in this mix as I’m condensing maybe a three-to-four hour set into one hour. I was also limited to 2 x CDJs at home so the mixes are a lot more straight forward than perhaps some club gigs as I usually play with three. I also kept the BPM slower than usual for this mix as I feel it’s a bit more accessible for home listening.

You have recently just announced the release of a new These Hidden Hands album. Tell us about the project? How does it tie in with your work as a solo producer?
Yes, we’re releasing our second album on August 8 via our Hidden Hundred imprint. These Hidden Hands is a collaboration project with no rules which gives us the space to write in different styles—which I find personally very liberating and inspiring.

What else can we expect from you production-wise over the coming months?
This year I’ve been focusing on my 47 label and releasing a series of Various Artist EPs that correspond to my Berlin events at Arena Club. The next record, 47006, will feature Headless Horseman, Phase Fatale, Stephanie Sykes and myself.

What else have you got coming up this year?
Some great festival and club gigs plus a special live show as These Hidden Hands at Atonal Festival, Berlin this August.