The Panorama Bar resident delivers 120 minutes of groove-laden house and disco on behalf of Europe. 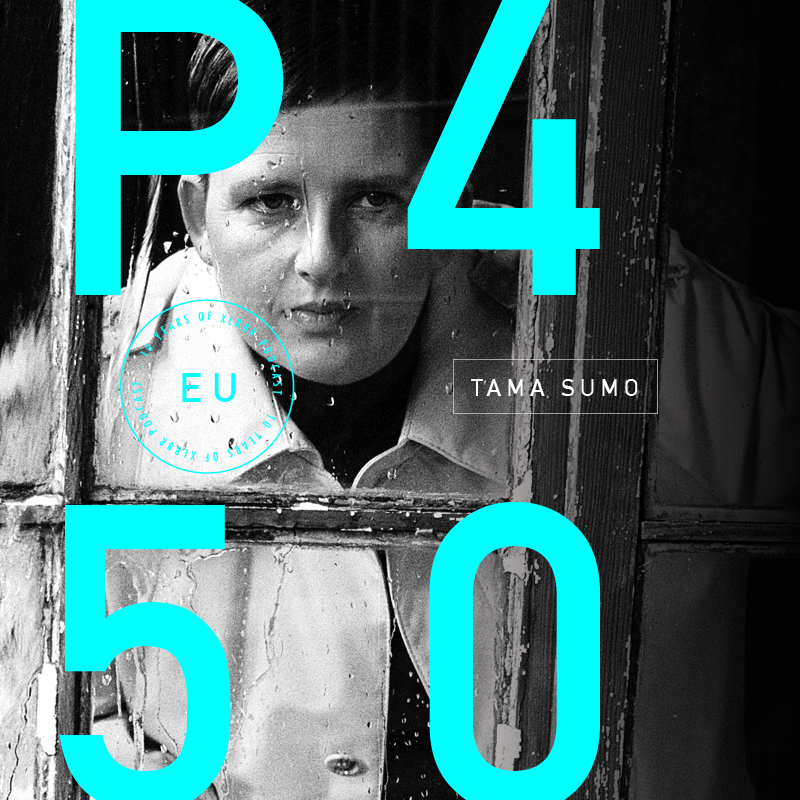 The Panorama Bar resident delivers 120 minutes of groove-laden house and disco on behalf of Europe.

After some careful consideration we also concluded that we wanted to serve up some new music for the occasion—and that sparked the following plan. Beginning on Monday August 1, and ending Saturday August 6, we are sharing a brand new mix for your listening pleasure. And to reflect XLR8R’s growth into a global media outlet, each of these submissions will be delivered from a different continent; the artists chosen to mark this occasion with us all originate from a different corner of the globe. Their task for them was simple: to compile a mix between 90-120 minutes that best represents their musical roots. There have been two mixes thus far—from Seekae on behalf of Australia, and yesterday’s from Asia’s DJ Nobu—and up next, representing Europe, is one of Berlin’s finest: Tama Sumo.

It’s with a great sense of pride—and achievement—that we can today present a Tamo Sumo XLR8R podcast. The Berlin-based DJ, real name Kerstin Egert, has proven to be a tough artist for us to pin down; initial contact was made a year ago following an exceptional Boiler Room set to close last year’s Dekmantel festival in Amsterdam, one of the few defining highlights in a summer full of memorable moments. The fact that it has taken her until now to deliver is testament to just how highly she is demanded.

There is no real noise or information floating around Egert—and so it’s neither necessary or possible to pen an extensive introduction about her or her main achievements. Even her alias, a mask adopted in 2004, remains something of a mystery. Indeed, all you really need to know about her is this: she was born in Mühlhausen, a small Bavarian town, before moving to Berlin in 1990. As a DJ, she began spinning around 1993 and went on to secure early residencies at Drama and Café Moskau, before moving to Tresor. She is now a resident at Panorama Bar, although she can sometimes be found DJing downstairs in Berghain, the techno-arm of the infamous Berlin institution. According to an interview with RA last year, her record collection is now 15,000 records deep.

Studio mixes from Egert are not not easy to come by (there are only four readily available today), and recorded club sets are similarly uncommon. Indeed, this sparsity of material is matched only by her production output: Egert’s discography is limited to just a handful of productions, meaning she is one of only a limited number of DJs who have found their way to the higher echelons without the support of high profile releases. She is, in every sense, a DJ’s DJ; one of the world finest house and techno DJs whose success and acclaim stem only from her skills as a selector rather than anything more.

When and where was the set recorded?
I recorded the mix at the end of last week at my home in Berlin.

How did you select the tracks you wanted to include? How much time did you think about the tracks?
I can’t really say how much time I spent. I found it pretty difficult to make a decision on which tracks will make it into the mix, as there was so much great music released within the last months, and also a lot of beautiful music that will be released, plus also older stuff that still moves me. But at the end of the day, it’s a wonderful problem to have.

Did you have a specific idea that you wanted to express?
You are always in a learning process as a human being, and so are you as a DJ. I discovered a lot of new music via the rereleases of African, Brazilian or Latin music as well as jazz within the last years that I wanted to include in the mix, as well as my house and techno-ish side. I had to somehow make all of it work together. I guess it is basically what I do in my DJ sets, while the focus can change from gig to gig.

How did you approach this mix in comparison to a regular DJ set?
The approach was very similar. I love variety, mood changes, ups and downs, and a certain kind of spirituality in DJ sets. This is what I try to offer within my regular sets as well as in this mix. My DJ sets are of course more improvised as I have different environments, atmospheres and crowds to deal and play with. The motivation of the mix was to offer a small variety of the music that moves me and give a little impression what my DJ set can be about.

What have you got coming up this year?
Having fun and making some time to spend in my studio again. And I also have a lot of gigs to look forward to. Also, perfecting my jerk chicken recipe 🙂