The Peruvian duo string together an hour of mystical rhythms. 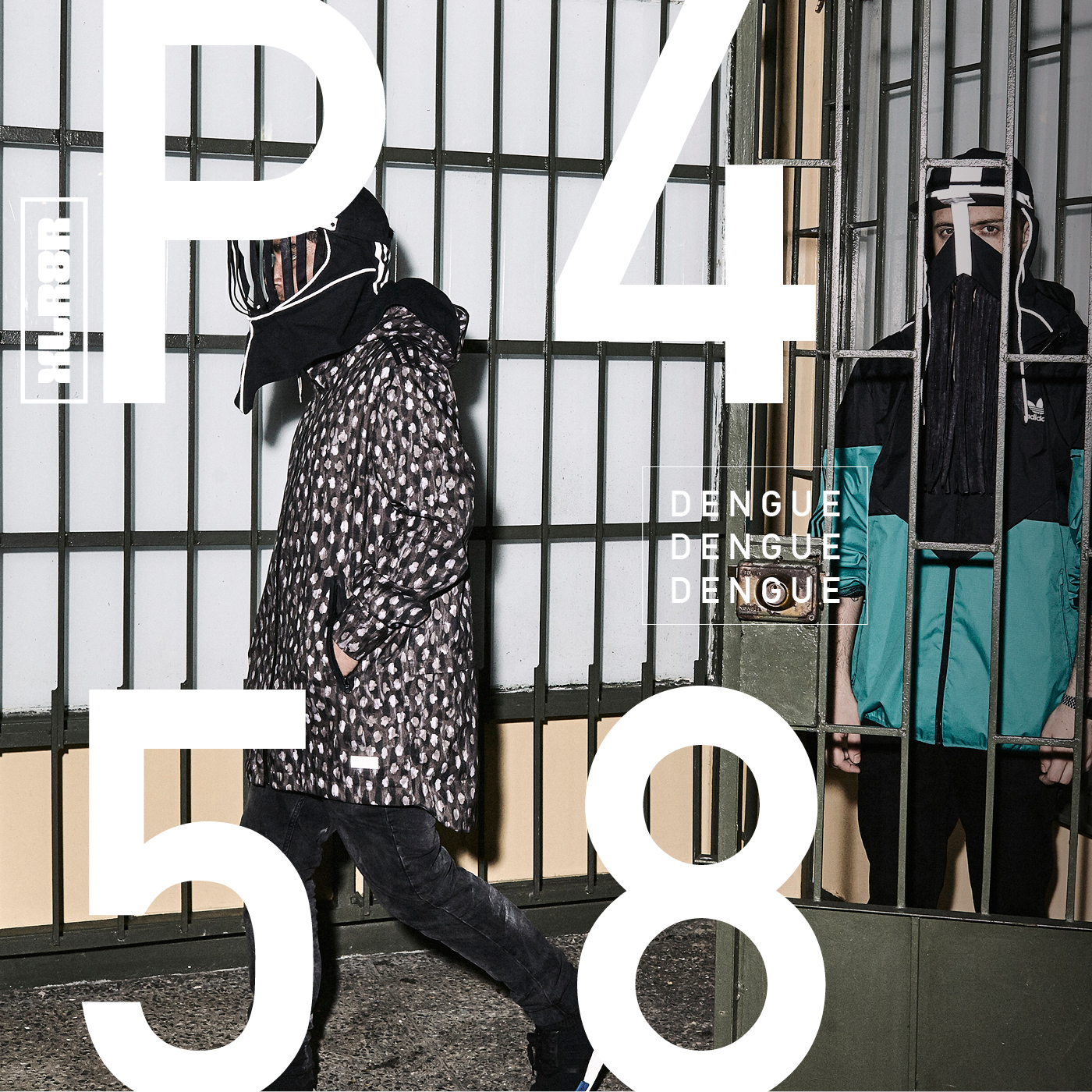 The Peruvian duo string together an hour of mystical rhythms.

Peruvian duo Dengue Dengue Dengue have become central figures of a rising South American scene that places traditional rhythms at the forefront of a dubby, bass-heavy sound. More so than many of their contemporaries, however, the duo use psychedelia as a major touchstone in not only their sound, but every aspect of the project. Their appearance—both artists wear custom-made technicolor masks that interpret mythological creatures—the music videos, and the rolling beats they produce and play out are all steeped in history; but it’s history put through a modern, hallucinogenic filter.

What started as a side project for Rafael Pereira and Felipe Salmon has now morphed into a fully realized production that has seen the two artists tour their warped vision across the globe, not to the mention their ever-growing discography that already includes two albums and a handful of EPs, singles, videos, and collaborations.

Their latest album, Siete Raíces—released back in June on label home Enchufada—follows this psychedelic trend and earned its name from a traditional Peruvian liquor brewed from several jungle plants with aphrodisiac properties. It’s also their most accomplished and complete piece of work to date, with nine smoke-filled jams that reference their South American heritage, as well as juke, footwork, dub, and dancehall.

Although it has been available digitally since June, Siete Raíces will be available on vinyl for the first time at the Enchufada label showcase at Amsterdam’s ADE—a show the duo are also headlining—followed by a Bandcamp release a week later. In the lead up to the show and the vinyl release, Dengue Dengue Dengue have put together an engrossing hour-long mix full of transcendental grooves.

When and where was this mix recorded?
This was recorded in August while we were in Berlin, where we stay while we are touring.

What equipment did you record the mix on?
This mix was recorded in Ableton live, a rare Sixty-Four Mixer, and NI Machine as a midi controller.

Did you have a specific mood/idea that you wanted to express?
Yes, this is an afro-oriented music selection. It is also very 4/4 unlike other mixtapes we’ve done before. This mix reflects the sound we are adding to our DJ sets lately.

How did you select the specific tracks that you wanted to include?
We want to showcase a different side of our project in each mixtape we do, so for this one we wanted to go more afro oriented. We’ve been experimenting a lot with afro-Peruvian music, you can hear that in our latest album “Siete Raices.”

How did you approach this mix in comparison to a regular DJ set?
Well, we usually mix in a club environment, so the music is dance oriented, in the sense that we are focused on creating a danceable trip. In a mixtape like this one, we focus on creating a mood, something you can listen at home while relaxing or in the car.

Dengue Dengue Dengue is very visually-focused in its presentation. Do you have plans to take this further in regards to live shows and releases?
Yes, definitely, we usually change the masks and the visuals every time we release a new record. But we are also in the process of incorporating new techniques for the live show plus some live instrumentation. But this is for next summer…

What else do you have coming up this year?
We are doing the second part of the Siete Raices tour in Europe, including the Enchufada Ticket to the Tropics Showcase at ADE in Amsterdam, this gig is gonna be awesome. After this tour which ends in December, we will play at Sonar festival in Colombia and Argentina. Oh yes, and we are also running a new party in Lima named Afronoise, We will do the next one in December with a very special guest.